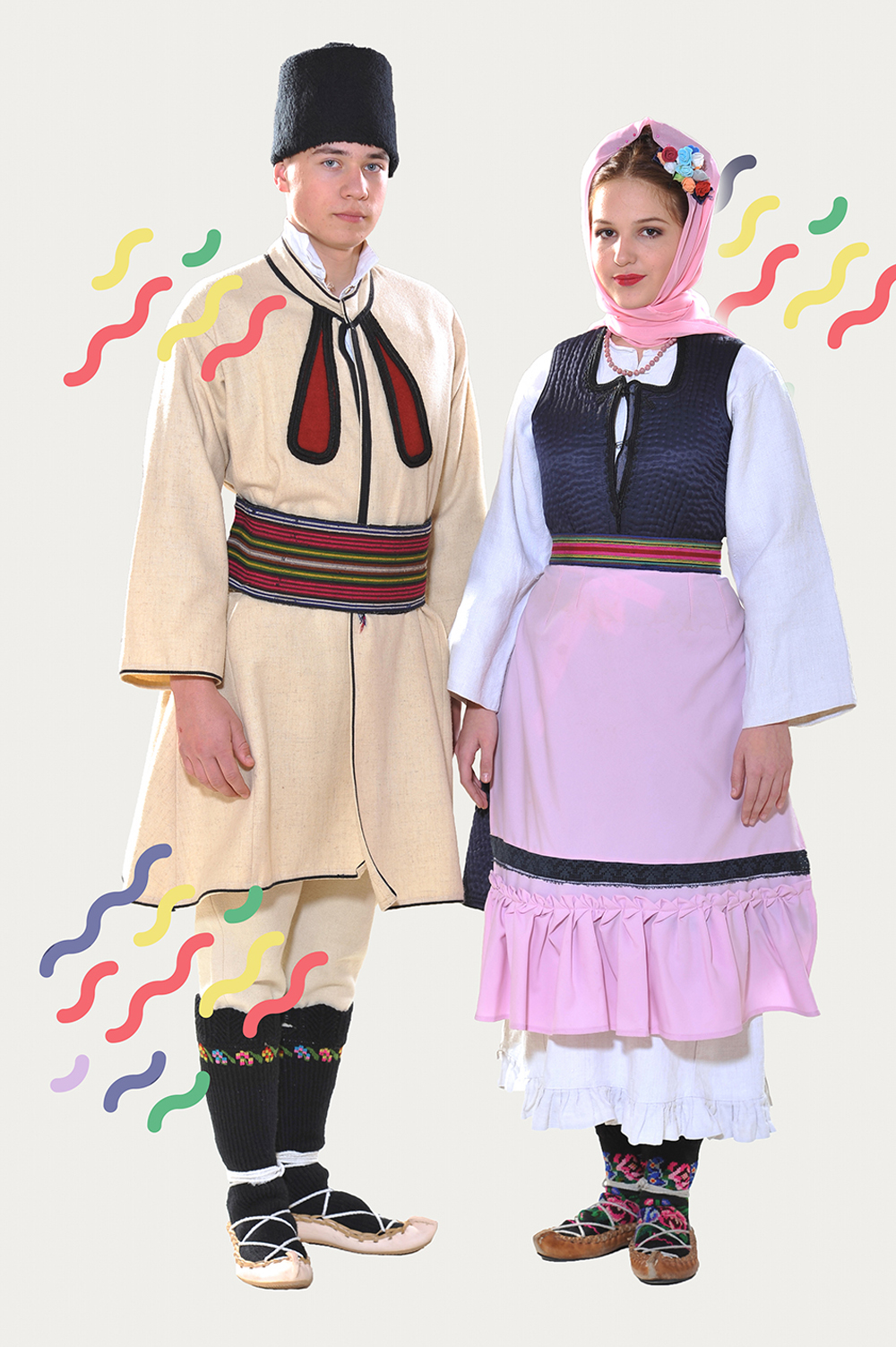 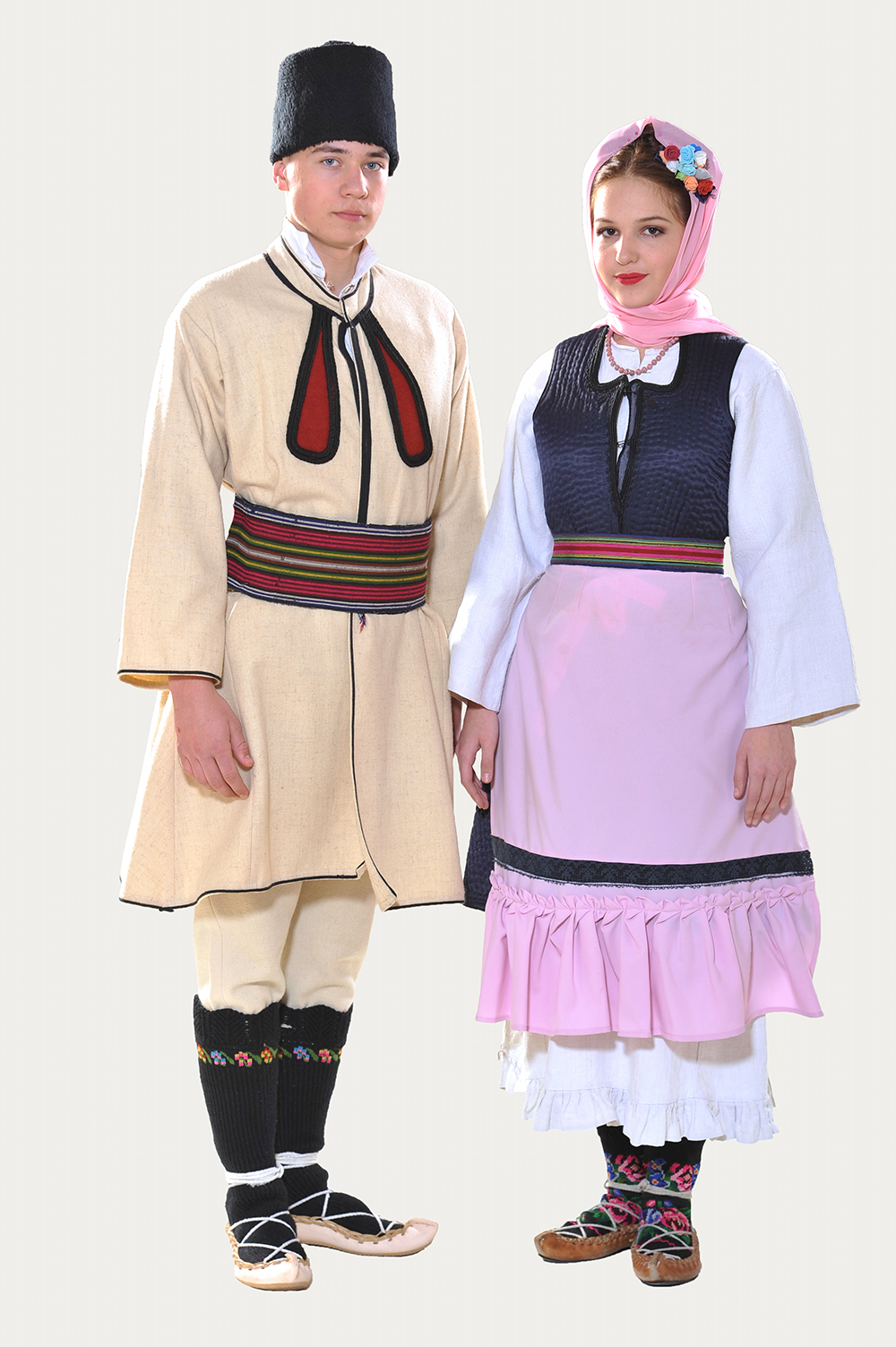 In the area around Niš, a long, white, male sleeveless yelek, worn over the waistcoat, was called elek. It was sewn from domestic white cloth, calf- long. The back and the front pieces of cloth called wings, were actually three flat pieces of cloth, whose joints on the lateral sides had extensions which enabled moving and functioning of the person wearing it. When putting it on, front pieces were not buttoned, they only touched themselves. Elek had a low collar called jačica and it was hemmed with black handmade band all over the border, which was blue in older version of this gown. On the left and on the right, on the chest, very often it had decorations made of black band called "zeytinica", around 20cm long. In the lower part, zeytinica ended with ellipsoid extension, made of red, blue or black cloth. On lateral sides, on some eleks only on the right side, there were inwoven pockets, also hemmed with woolen bands. In this area we could also find dreya, a gown made of the same cut, way of decoration, same material. The only difference was that dreya was made with long sleeves. These two gowns were often worn together, elek over dreya, very similarly to Šumadija, where "fermen" was worn over anteria, i.e. a sleeveless gown over the gown with sleeves.