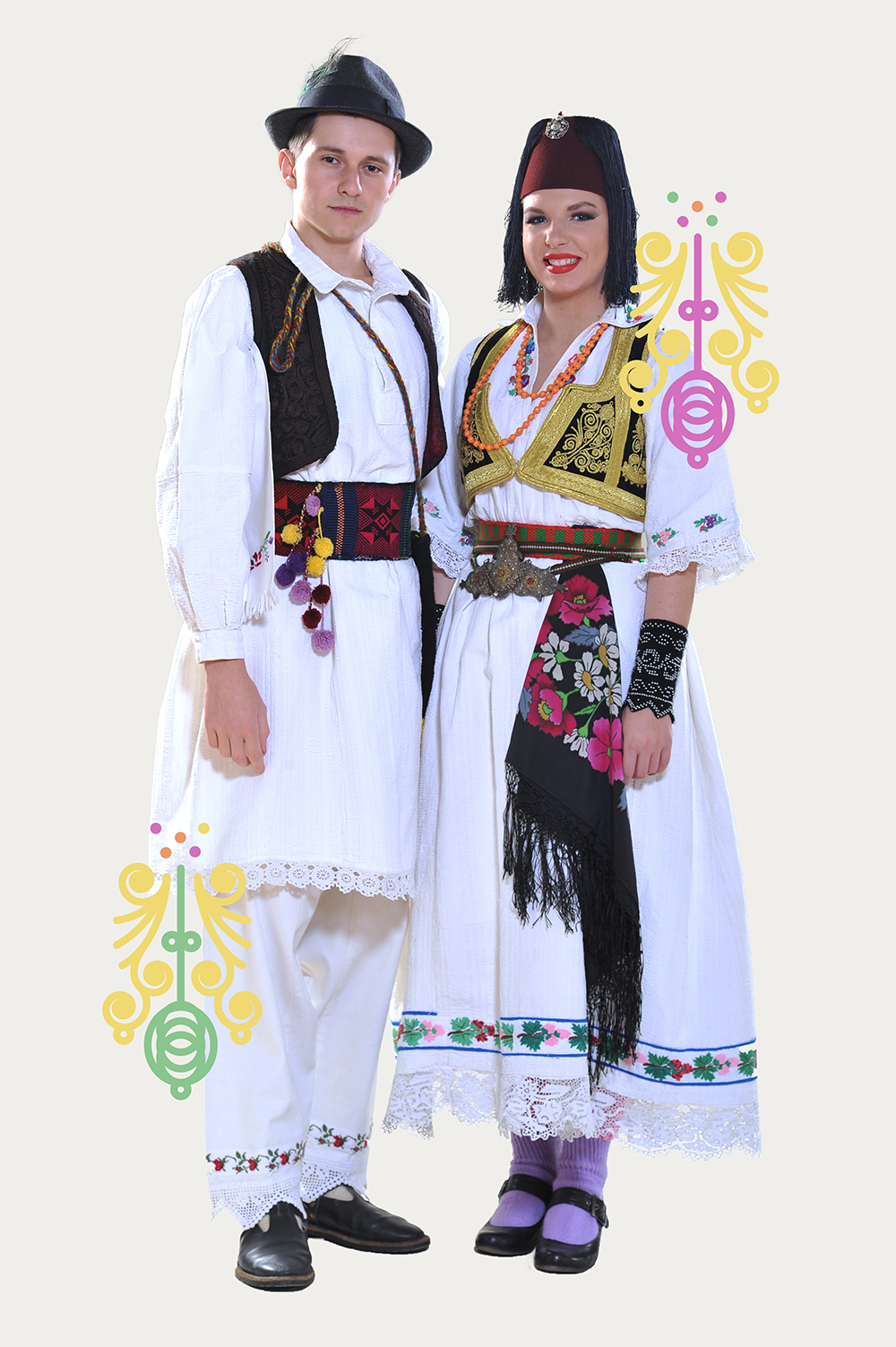 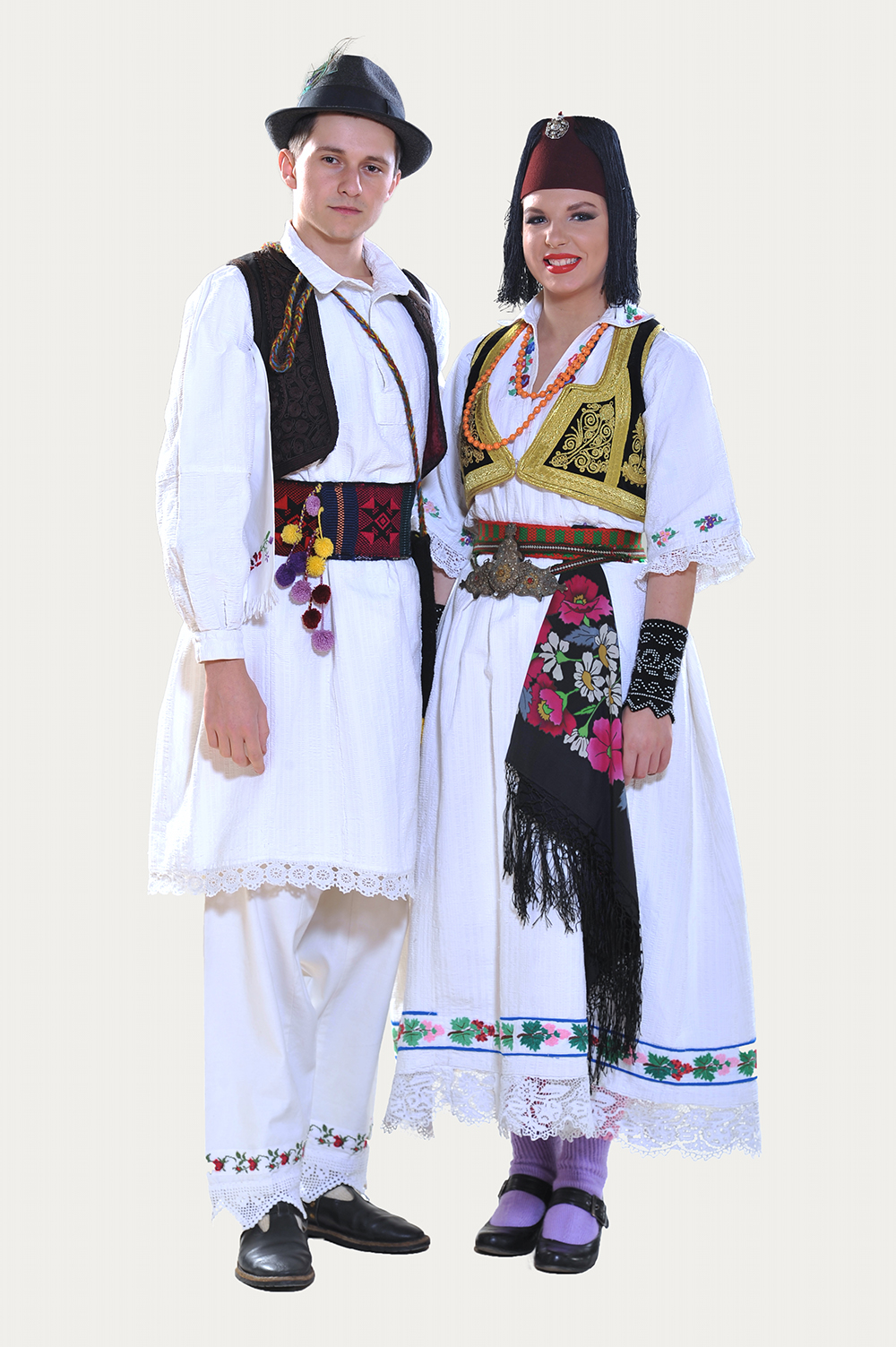 In the area of Bosanska Posavina, girls combed their hair in one long braid they used to release down their back. When they reach the age to get married they start wearing "jagluk". it is a narrow, oblong piece of linen, woven of cotton or silk thread with a most often red woolen pompon. On its other end, there was a " moire pattern", i.e. inwoven motive, also in red colour. Jagluk was mostly worn on holidays while on working days, they used to wear a common scarf made of white linen, later on a purchased one in many colours. Jagluk was decorated with tinsels or lace on the hem and it was placed in such a way that the large pompon was in the middle of the forehead, giving the look of a real cap, looking from the front. It was fixed with the pin on the top of the head, called "bashliya". Bashliya was a luxurious decorative pin, with a round, filigree head, finishing with a ring, with 8-9 longer or shorter necklaces and coins attached to it. These pins were an indespensable part of bridal headgear. Below the pompon, i.e. on the forehead, there was a subset of small ducats, and at the back, over jagluk, they used to put a set of old money called "cvancik", in the shape of a necklace which fell on the back of the head and whose ends were were fixed with pins on the sides, near the ears.