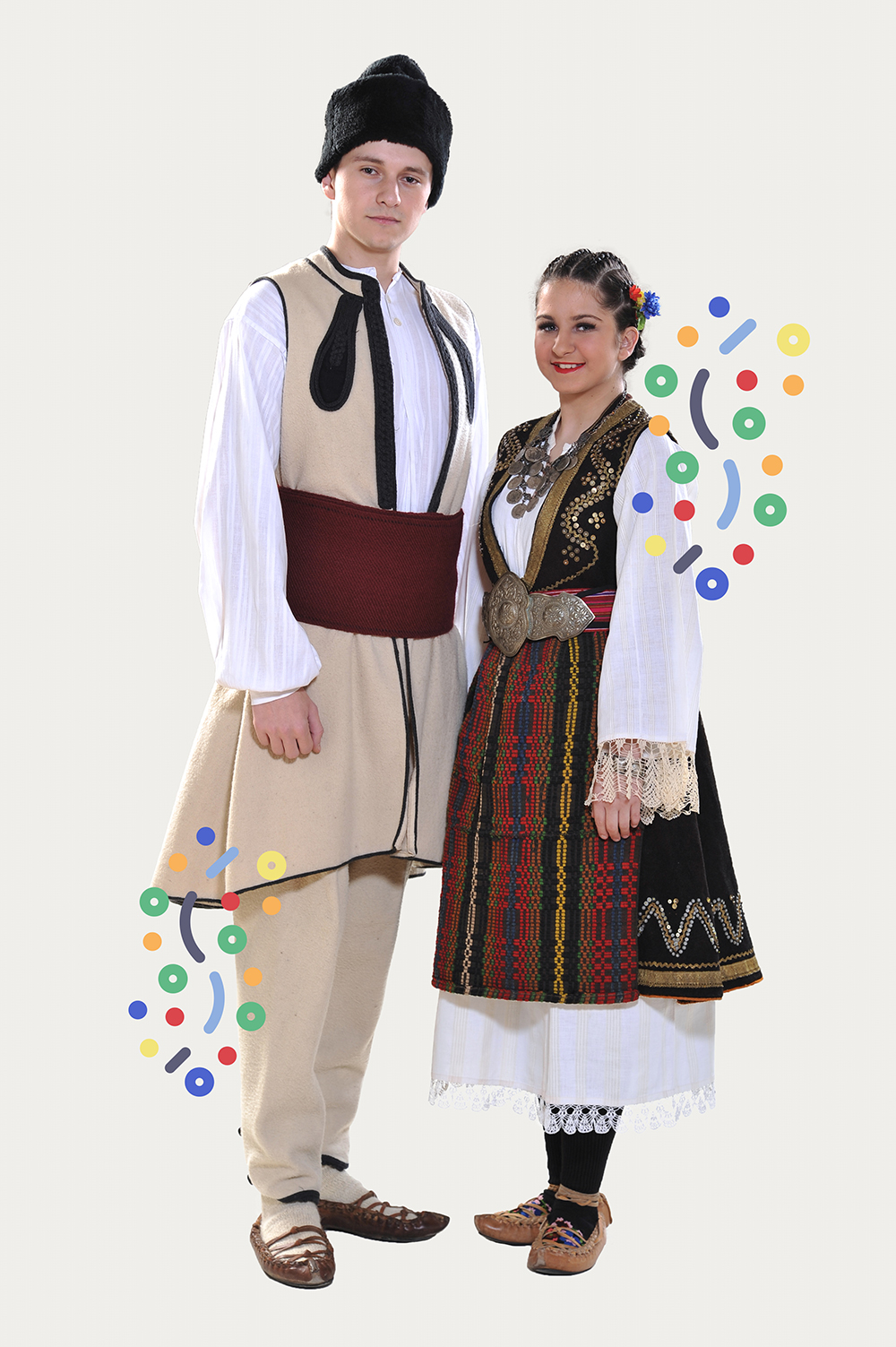 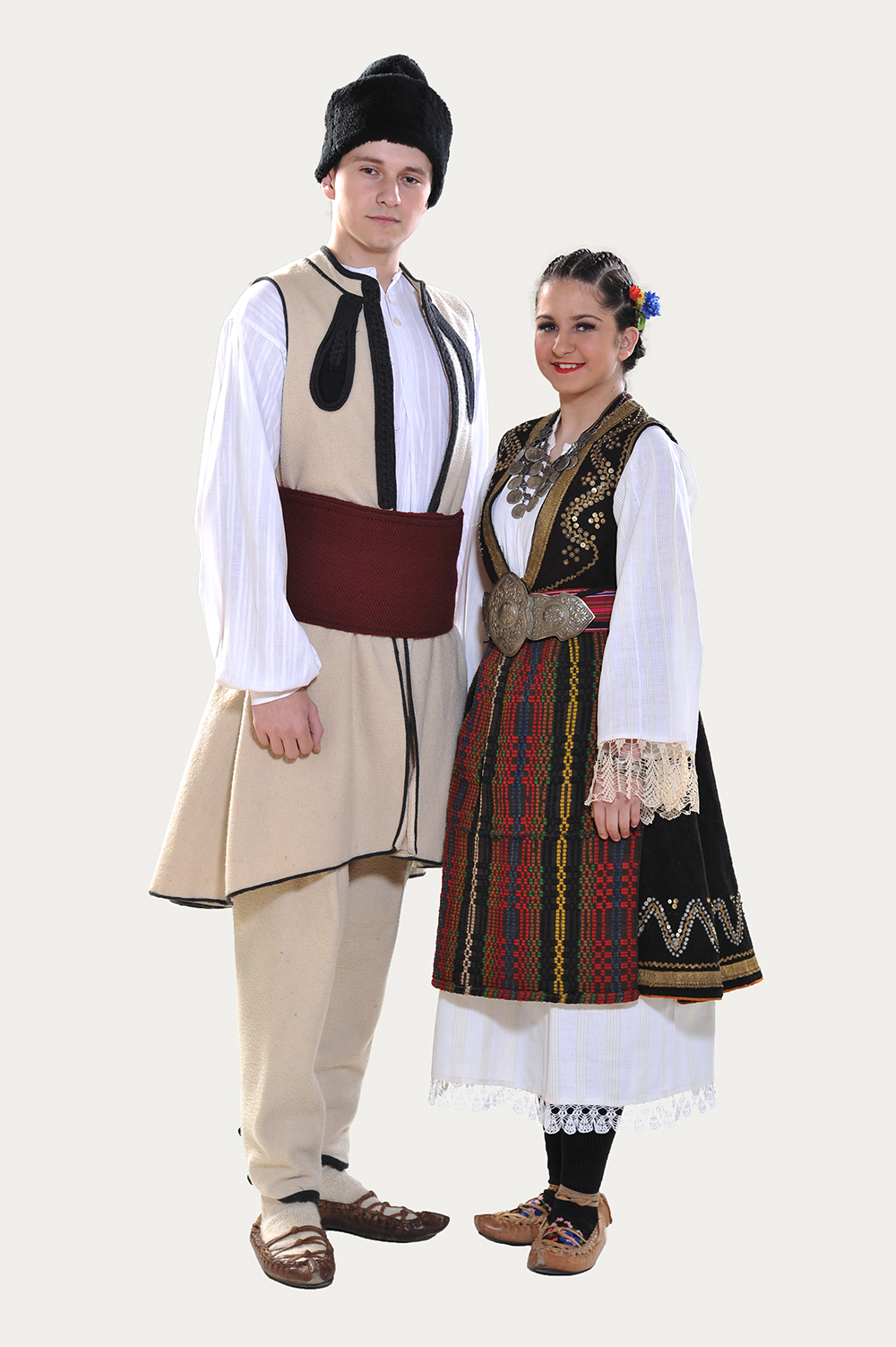 Very characteristic piece of clothing in broader area of southeast Serbia was an upper sleeveless dress, uncut on the front sides, just below the calves. It was worn over the shirt, with a sash. It was sewn from a type of black domestic fabric called "prtenica", and as many other gowns in the distant past, it used to be white. Its front and back sides were adhered on the shoulders and broadely cut side wedges were put in on the sides, on its joints. Around circular neckline there was a deep cleavage, reaching the waist. This dress, with a slightly emphasised waist had one basic ornament made of multiple rows of black, red and orange-yellow band, shaped along the cleavage. There were some fabrics decorated with golden steriling silver, ornamental bands and tinsels, especially along the cleavage, around arm openings and near the bottom of the sides, where there was a broken line as a basic decoration.