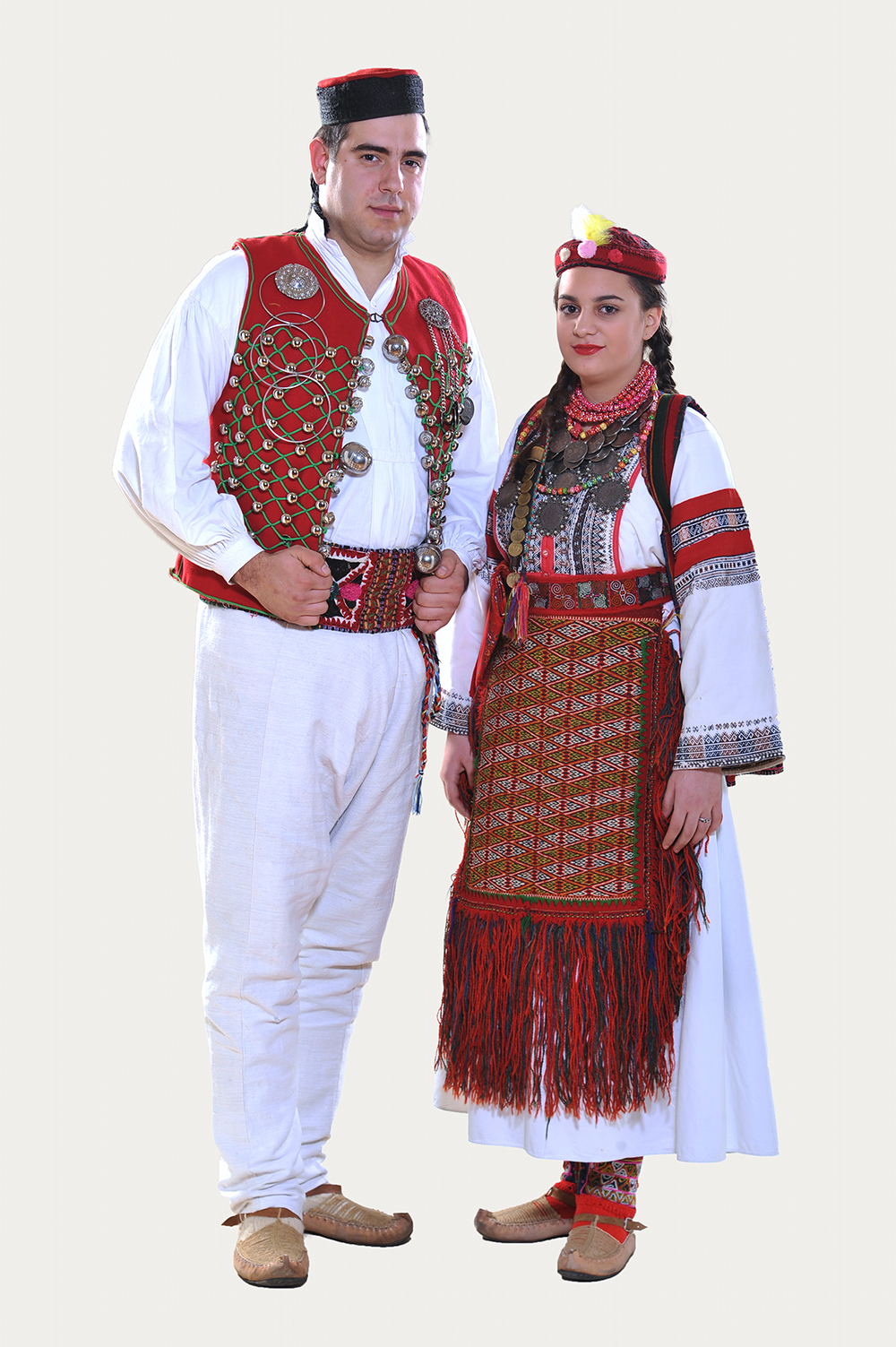 In many parts of Serbian ethnic environment where the Dinaric type of folk costume was worn, typical girls` headgear in the XIX century was a red cap- a small red cap made of cloth, with conical or flat top, vertical rim and decorated with embroidery. This cap represented a symbol of girlhood in the very sense of the word. Girls wore it over the hair which was combed in braids, and when they were eligible for marriage, they started covering their hair with a large white scarf. A decorative feather, worn with this red cap, was a visible symbol of an engaged girl and a protection from the evil look. For the same reasons, these caps were also decorated with sets of silver coins, tin and glass balls, various necklaces, snails and artificial flowers. In the area of Bukovica, both men, women and children wore small, round cap made of red cloth, upright rim and a pompon, somewhat shorter than in other Dinaric areas where this type of headgear was used. As the time passed, the shape of the cap changed. Older version of the cap had an arched bottom and a lower brim, while later on, we could see a cap with a flat bottom and a slightly higher brim. Both versions of this cap were decorated with embroidered black silk thread on one part of its bottom and brim. Stylish motive of a twig made at the bottom of the cap, wavy lines and sets of spiral snails on the brim represented common ornamentation of this type of headgear.