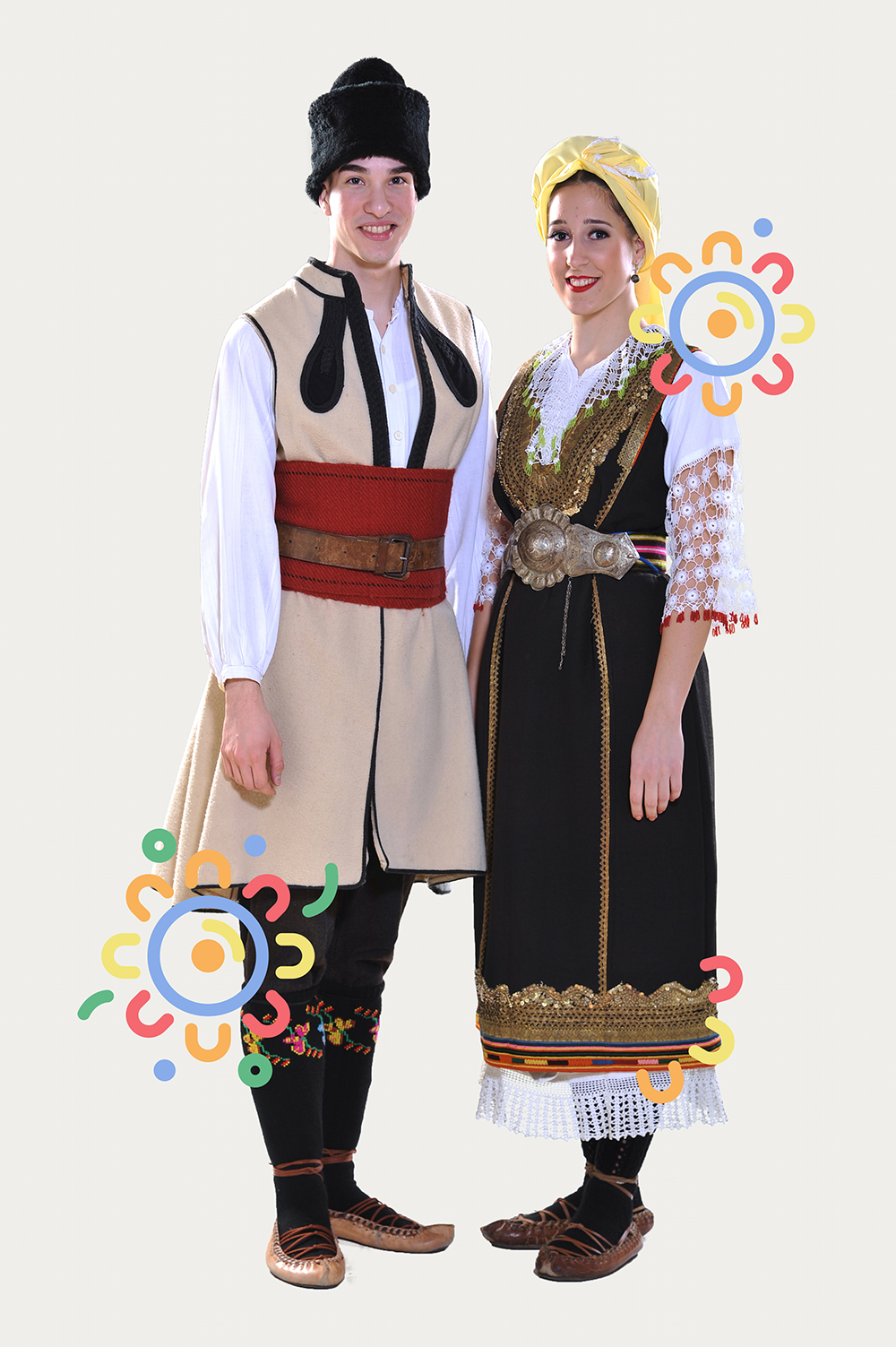 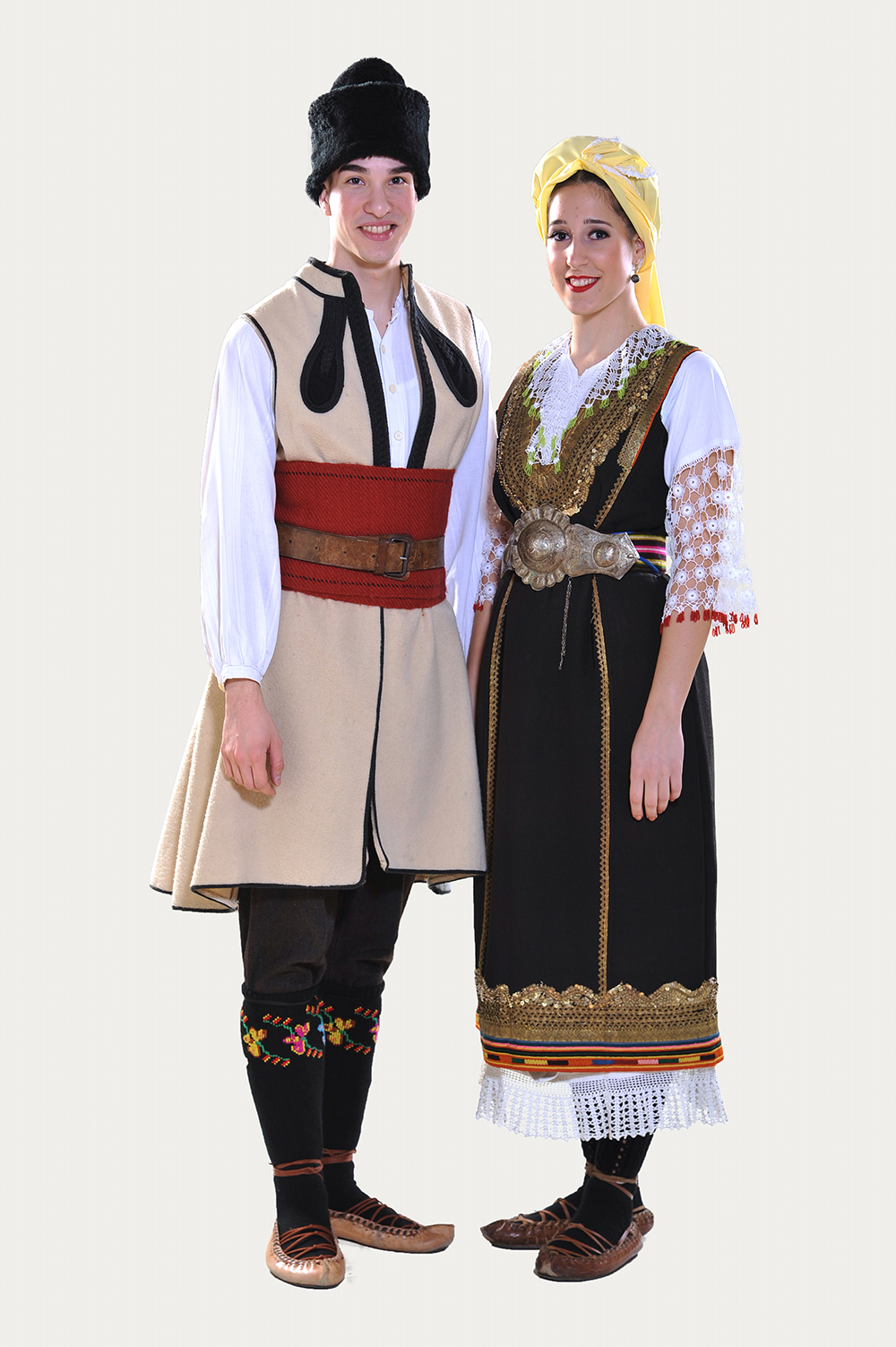 In southeast Serbia, "litak" is a sleeveless dress worn by both girls and women. Women made it themselves from a thin woolen fabric woven in four threads, not usually rolled and most often coloured in black. It is worn over a long shirt, without apron, but with a thin sash. Litak is, actually, a long piece of fabric with a slit for the head, which covers the body from both sides. In the upper part it stays narrow and skintight and in the lower part, it gets wider by adding one or two slides on each side, from the armpit down. Sides like these enabled that the openings for the hands remain square, curved and unshaped. It is decorated on the chest, around the sleeves and at the bottom with bands, ribbons, tinsels, and glass beads of many colours, while on the front part it can have a thin embroidered floral line in full length. The name "litak" was adopted after gaining freedom from the Turks. Until then, it used to be called "muyer" and it was decorated only with domestic bands, while the name "litak" originates from the fabric called "lito" it is made of.