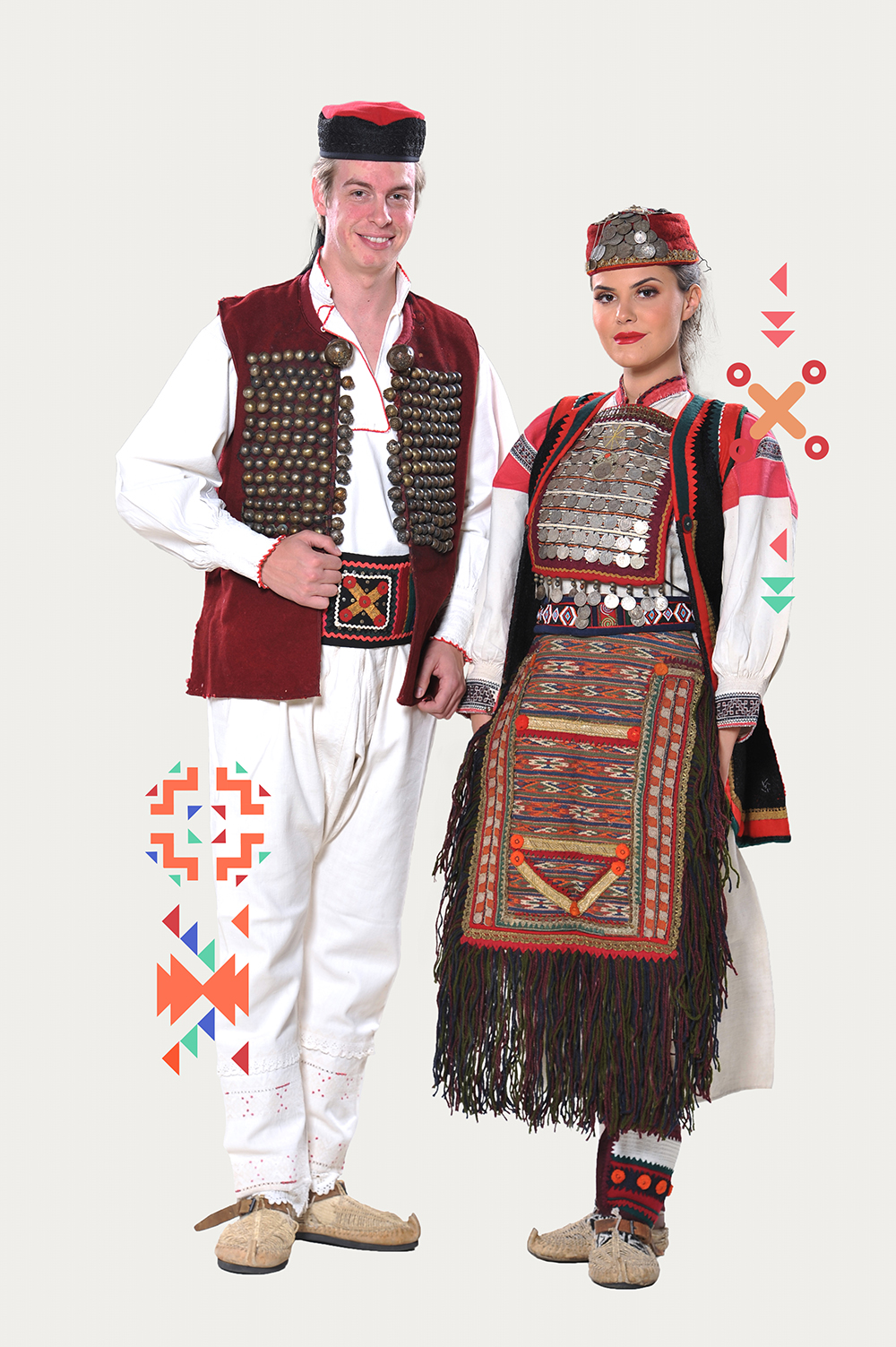 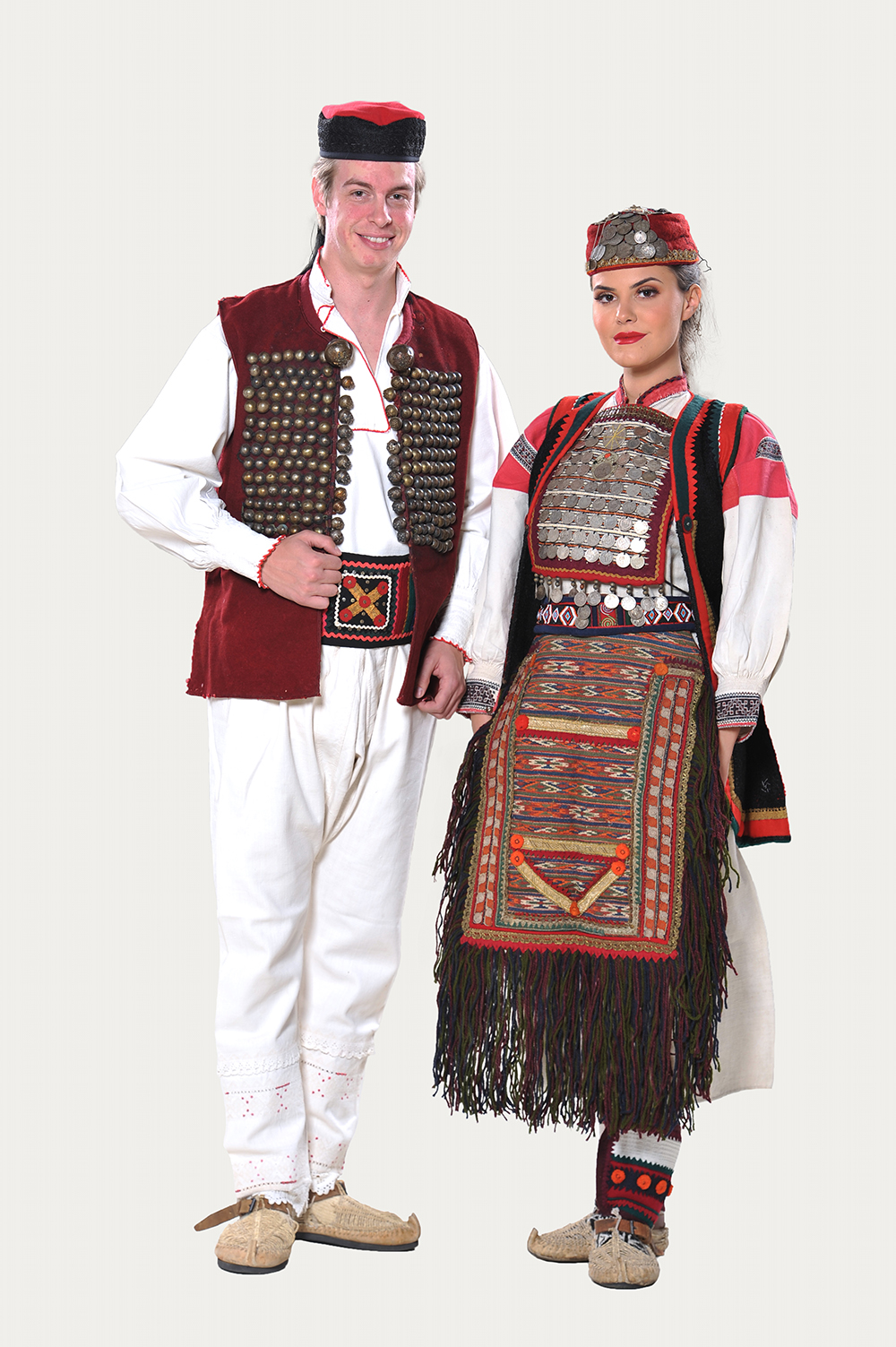 Along with necklaces that are buttoned around the neck and fall on the chest, in wider Serbian ethnic territories, there is a type of jewellry worn over the chest and hung onto the suit. The simplest type of this jewellry is a chainlet decorated with metal pendants, whose ends on both sides are attached to a small hook by which the necklace is attached to the clothes in the shoulder area. The most lavish and decorative version were necklaces consisting of more chainlets joined with central rosette or a medalion, most often round, triangular or leaf-shaped, which is also sequenced with pendants on the lower side. Chainlets were also similarly decorated, with sheet metal pendants, most often in the shape of a leaf or a circle.