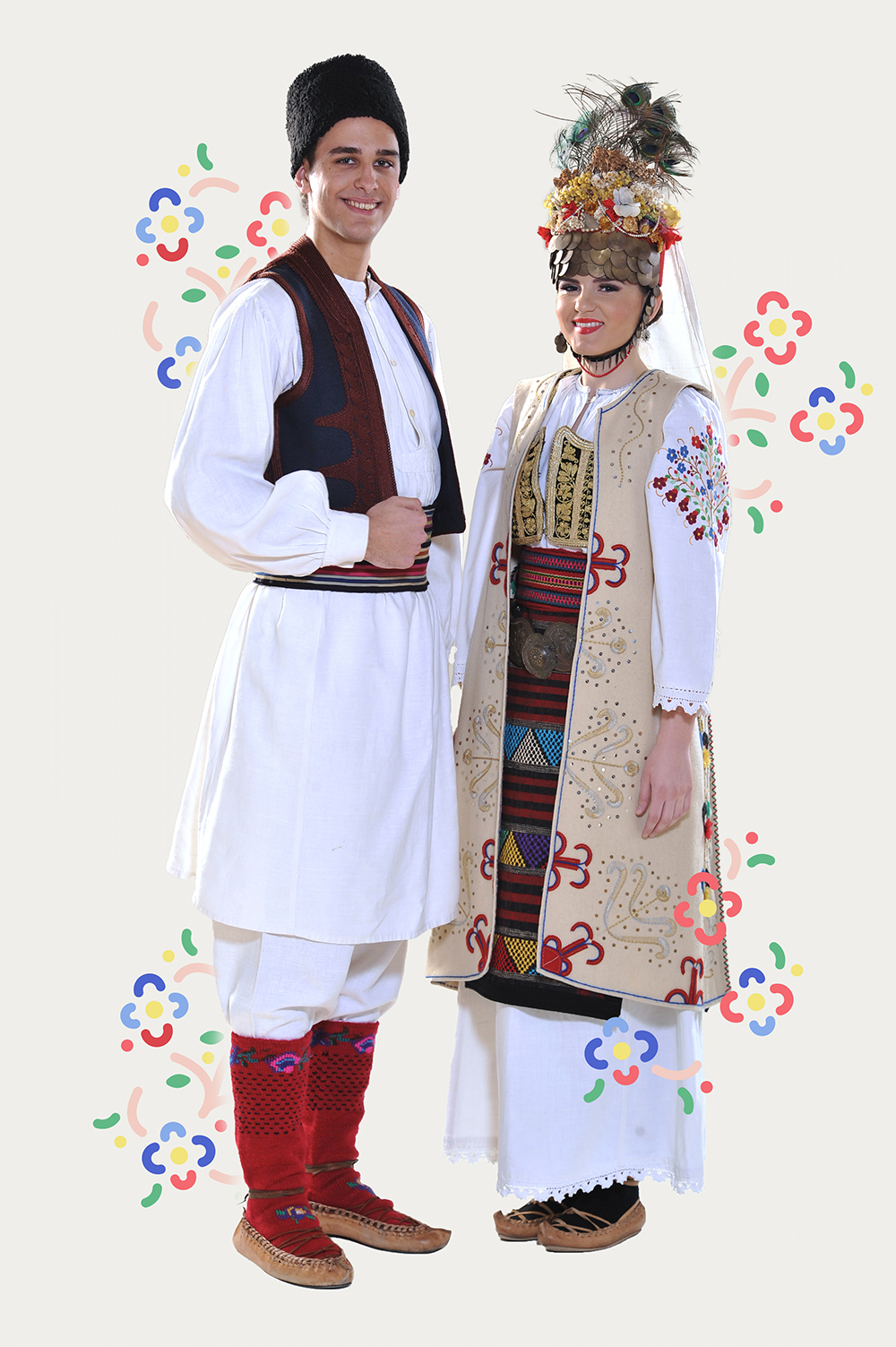 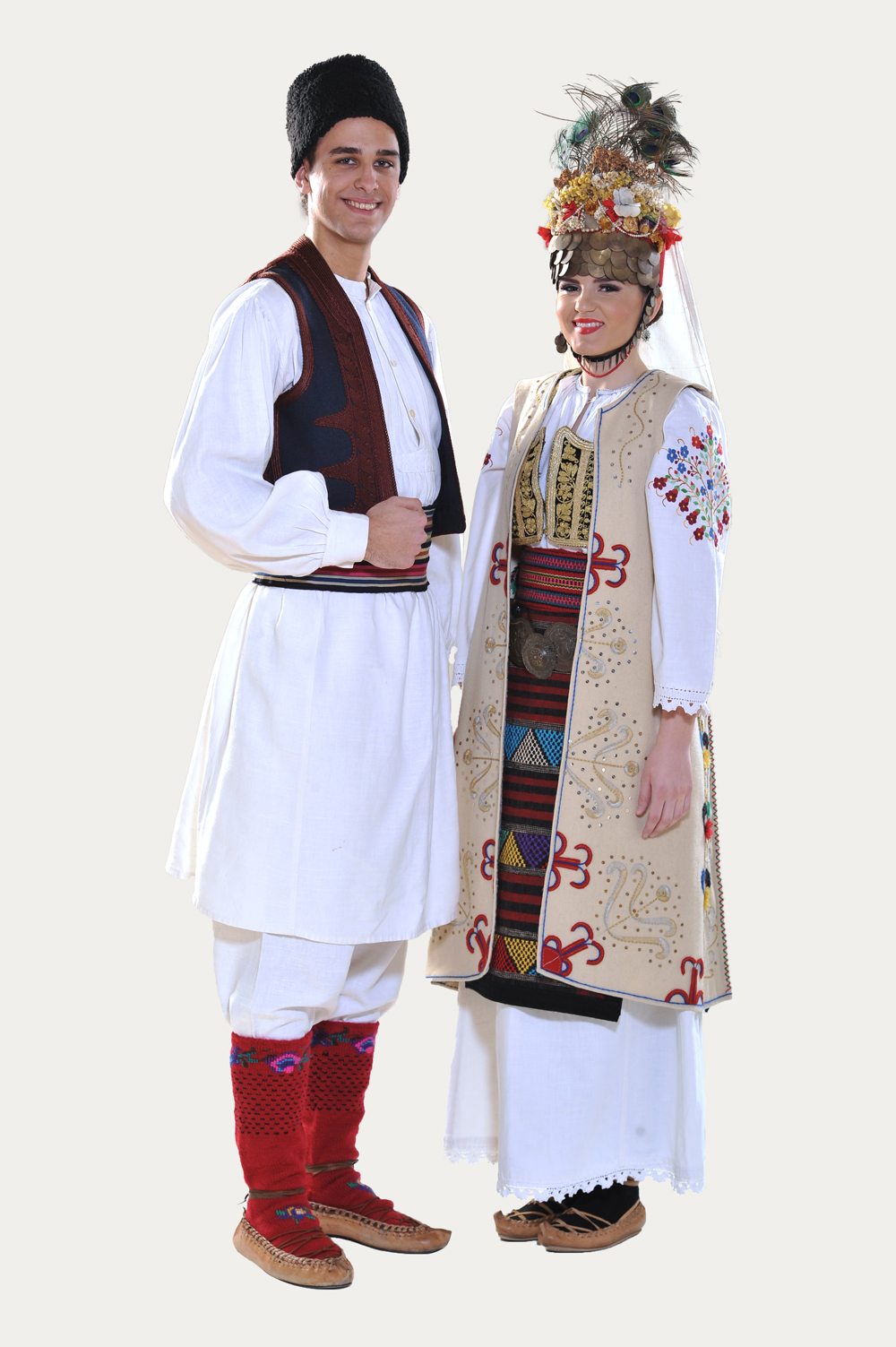 "Smiljevac" is a type of a women`s headgear, worn all over Serbia. Although it came in different sizes, shapes and ornaments, all its variations had one thing in common, which was the fact that all of them were ornamented with immortelle ( a type of dry, winter flower which also gave it its name) and the money, even in the smallest quantity. Almost mandatory accessory of this headgear was peacock feathers, as well as the little mirror in the centre of the cap, both placed there to protect women from evil forces and jinxes. In Gruža, smiljevac was made in groom`s house and mother-in-law used to bring it to her daughter-in-law on the wedding day, but in some parts of Šumadija, bride was the only one who made it, with the help of her friends, singing the appropriate song while making it. Smiljevac was later on sold in the shops and was very expensive, and there were brides who could not afford it, so they rented it for certain compensation. Smiljevac was a very favoured cap at that time, having been decorated with various flowers, old money, peacock feathers and immortelle. The story went that a lot of brides had gone to their wedding without it because they could not afford it, or at least rent it. If they still somehow managed to have it, they used to wear it after the wedding, on certain holidays, usually for a year until they had their first child.