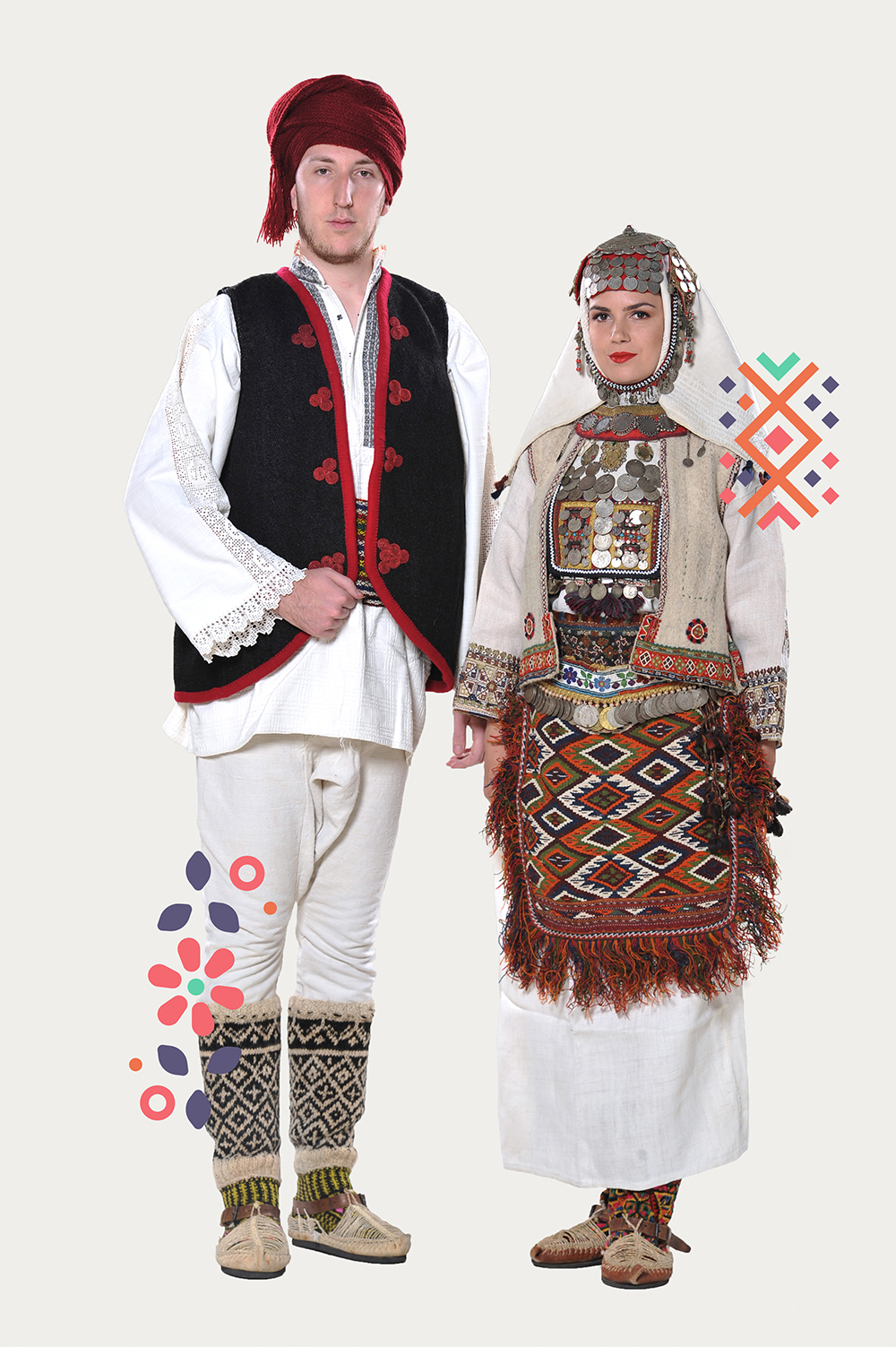 The braids were called ribbons or woolen ribbons decorated with gingerbread, and for wealthier girls, cowrie shells, thimbles, coins... which were tangled in a braid with a lock of hair and as such were a very common decoration of girls 'and brides' heads. In Bosnia and Herzegovina, the number of braids depended on the number of braids in the hairstyle, and the number of braids on whether it was a girl, a girl or a woman. While the women wore a pair of braids because they braided their hair into two braids, the girls wore one braid entangled in a braid that ran down their backs. In addition, their number depended on the very area in which it was worn. We can distinguish two parts of each interfer. The upper one, which is entangled with the largest part of the braid, sometimes the entire length, and the lower one, which hangs at the end of the braid like a longer or shorter decorative pendant. They are richly decorated with coins - tsvanciks and thalers, which usually began with a buklija and ended with a bouquet of multicolored wool, chantalija.