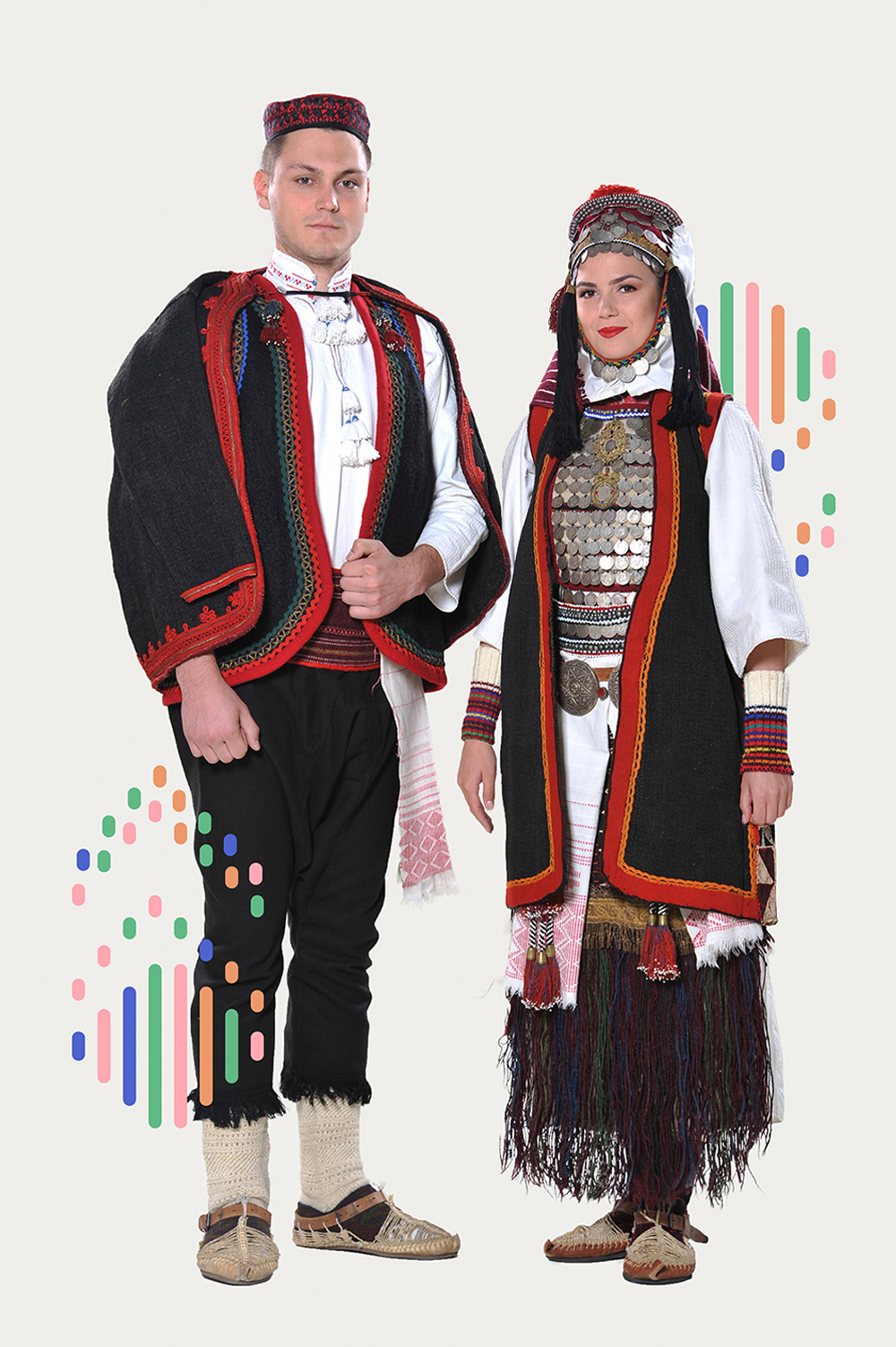 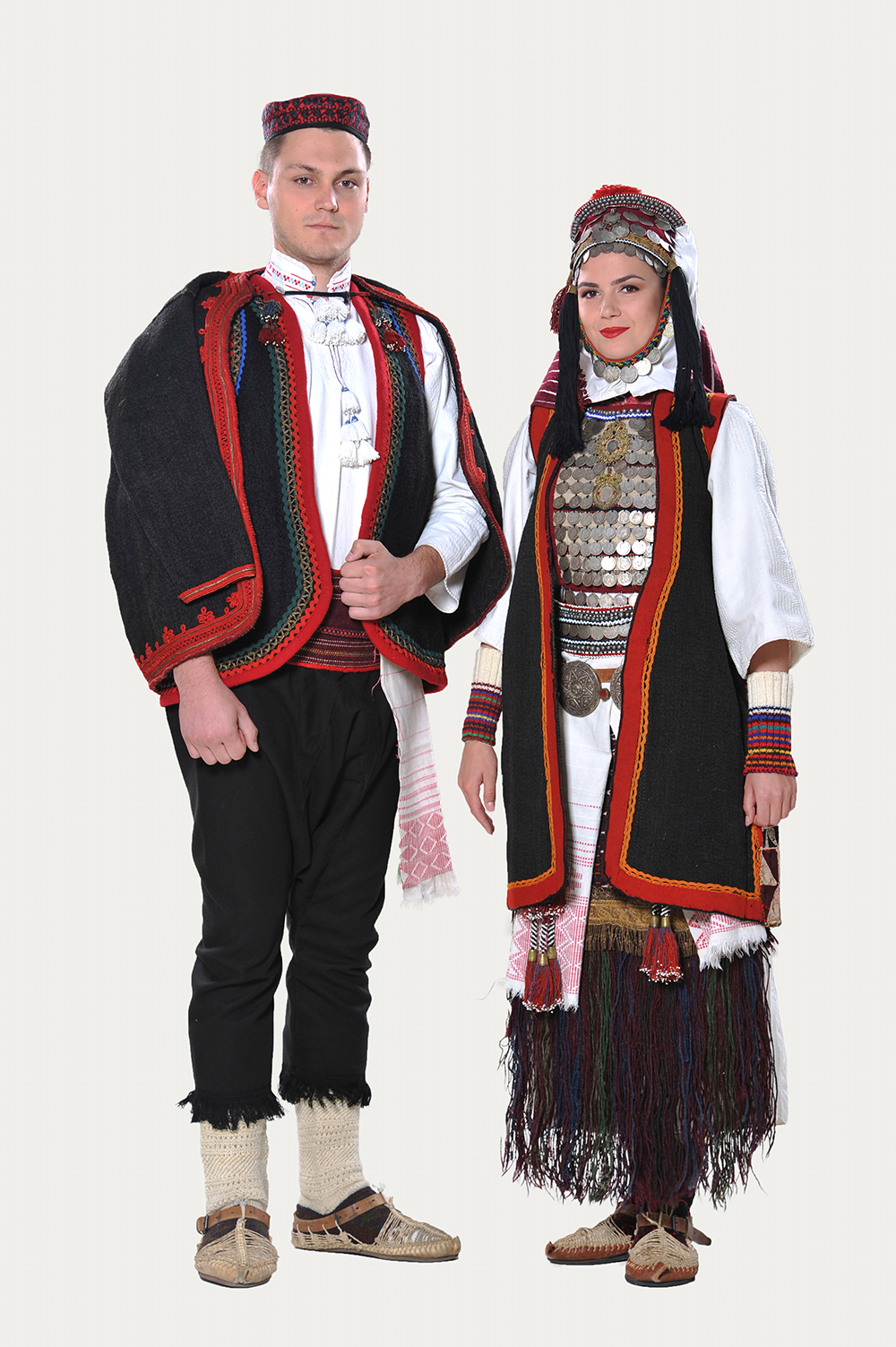 In the traditional Serbian culture, the term headgear implies certain ways of combing, covering and decorating of the female hair. Headgear indicated the age of the woman, so we could see whether it was a little girl, young woman, bride, married woman, or older woman. Until they reach the time to get married, young girls used to comb their hair into one braid going down the back, usually with woolen ornament, beads or coins. Over her braided hair, she usually put a small, shallow red cap, scarf or a towel. When she would reach the age to be married, she added a decorative feather on the cap, shells, woolen pompons and other decorative items. As a married young woman, she would put a larger white scarf over the cap, so that when she reached adulthood, she wore just a large scarf with modest embroidered decoration or even without it.