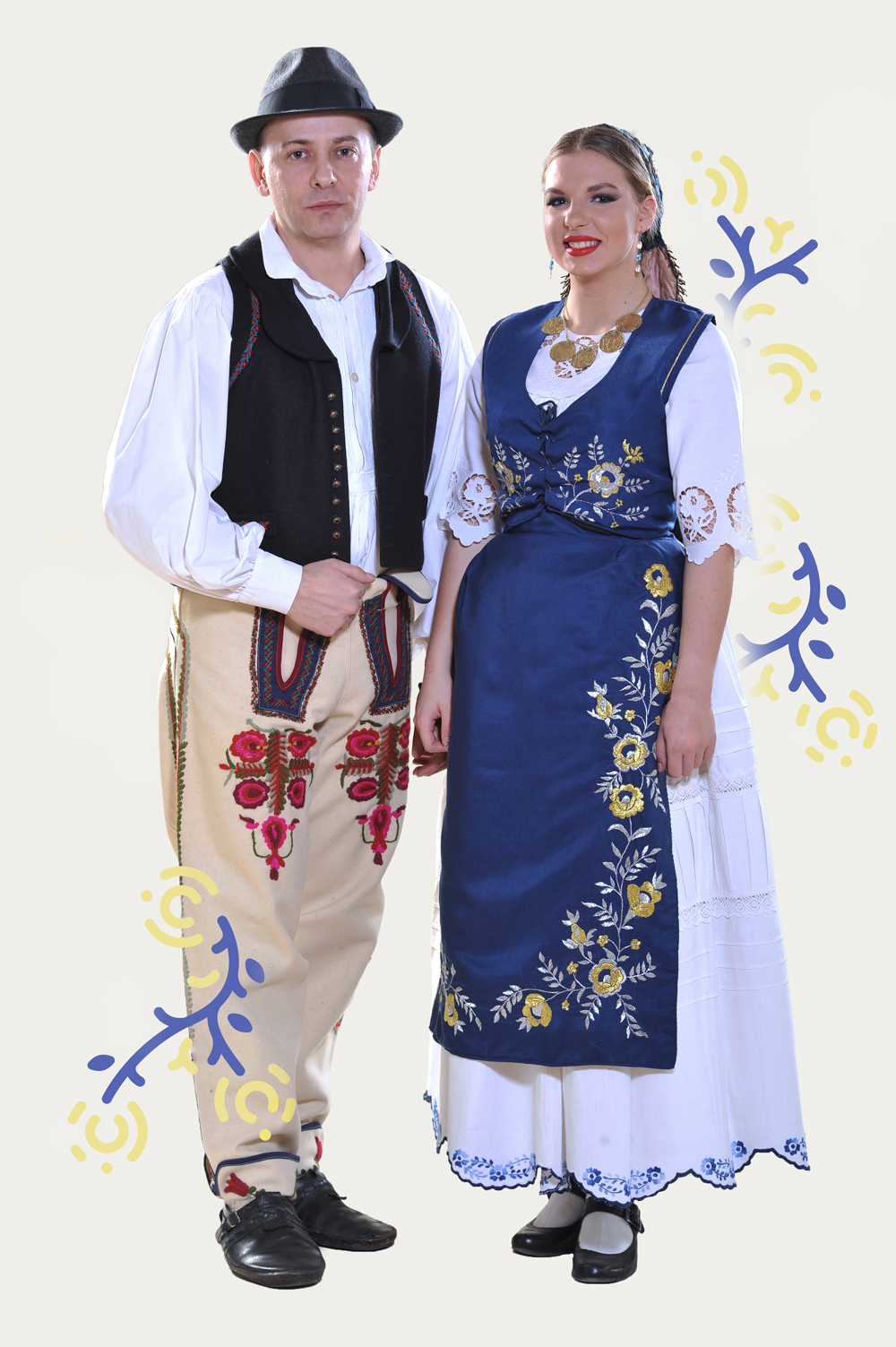 Jega was worn only by married women. The brides used to cover themselves with it on their wedding day, usually at night when they took off their flower garlands. No married woman would ever show up in public without jega. Jega was taken off only during combing At home she might not wear a scarf, but she always wore jega. In the early days, the simplest shape of jega was a small, triangular scarf, which covered the whole head (it was tied under the back of the head) and later it used to cover only a bun. For everyday use, jega was made of the material suitable for washing. Younger women wore red jegas and older women wore black ones. On Sundays and on holidays jega was made of black or darkblue silk (or atlas), ornamented with gold embroidery or gold lace. Embroidery was placed on the part of jega positioned on the bun or the part that was going down the neck. Gold embroidery mostly represented twigs, garlands of different flowers, roses, even geometric patterns.