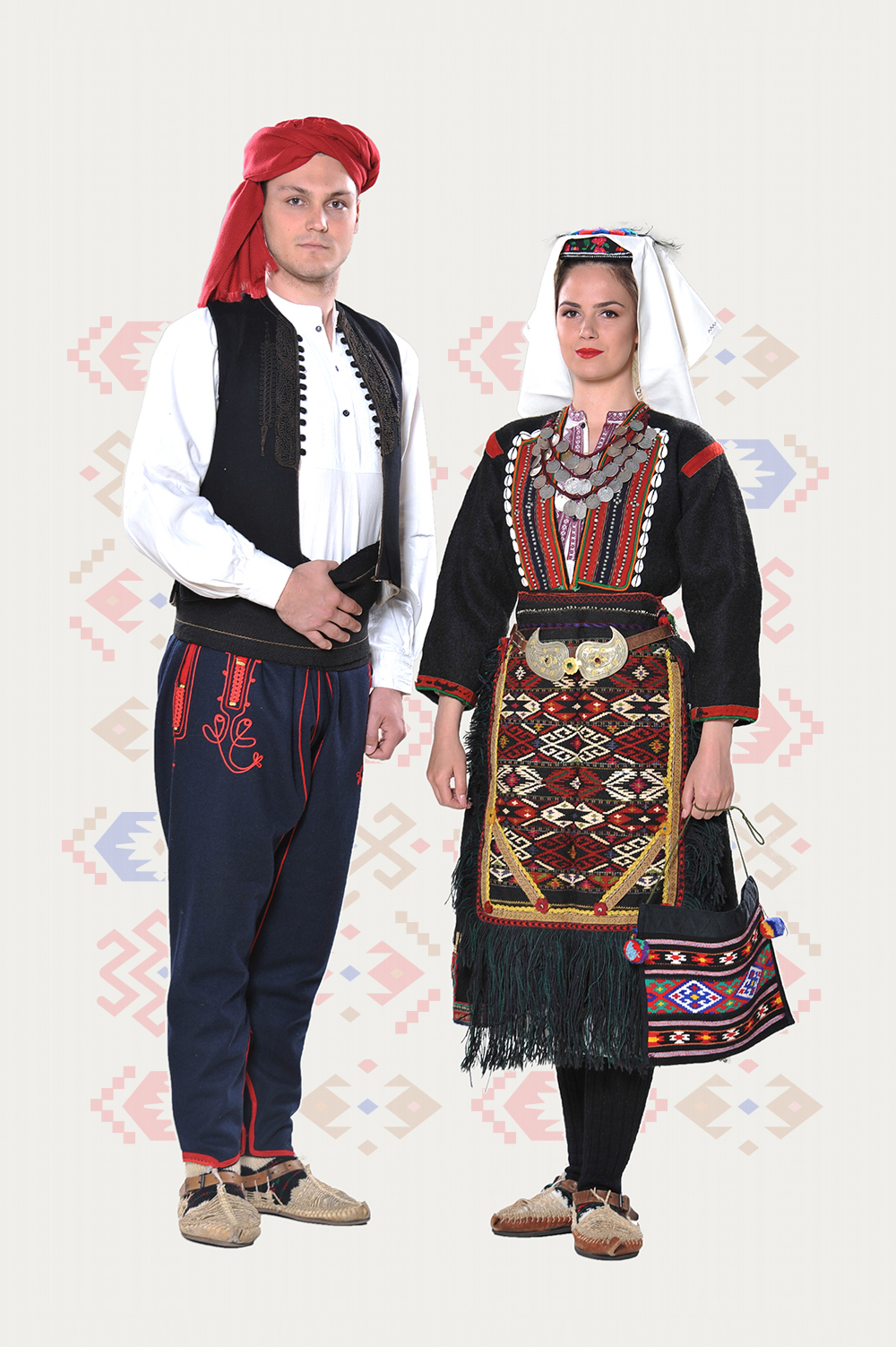 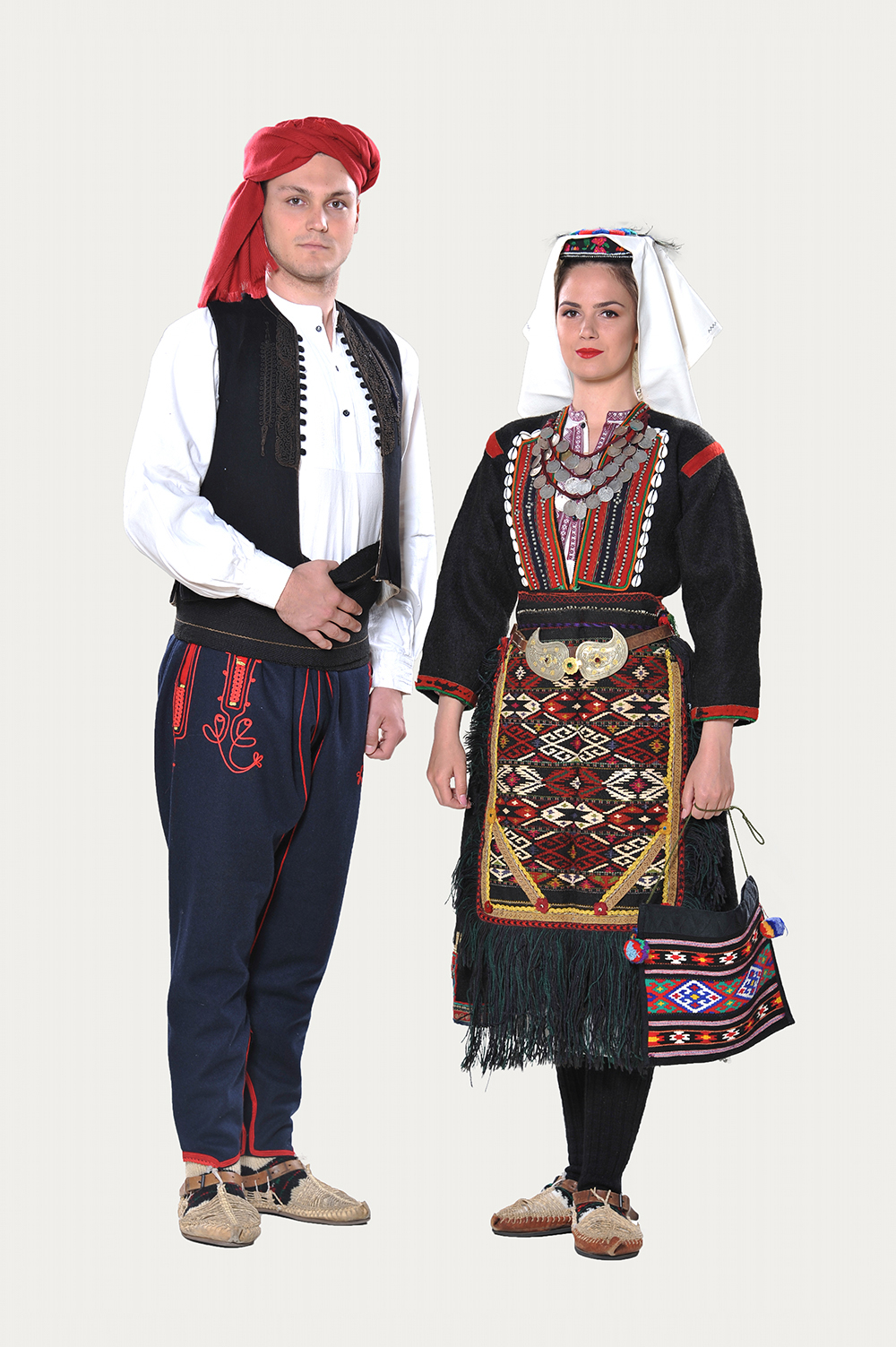 In almost all Serbian ethnic territories, in the winter and in the summer, men wore trousers made of cloth called- benevreke. They were tailored with the shallow back called "podupina" and tight legs, cut near the bottom, so they could be put on more easily. They were just below the waist long and were tied with a wooly or hemp string, pulled through the waist hem. At the front, there were two vertical slits, which were, as well as leg hems and seaves, decorated with a line of woolen band that women made. Due to their shape, way of decoration and the material they were made of- cloth, this type of trousers belongs to a very old developmental trousers connected to cattle raising areas in the Balkans all through the history. Trousers used in special occasions, in Dinaric regions, were decorated with red cloth on the hems, woolen and cotton bands, curved in the shape of small loops. In the middle part, they were decorated with jagged pieeces of red cloth while the legs were cut near the bottom and buttoned with the set of metal buckles.