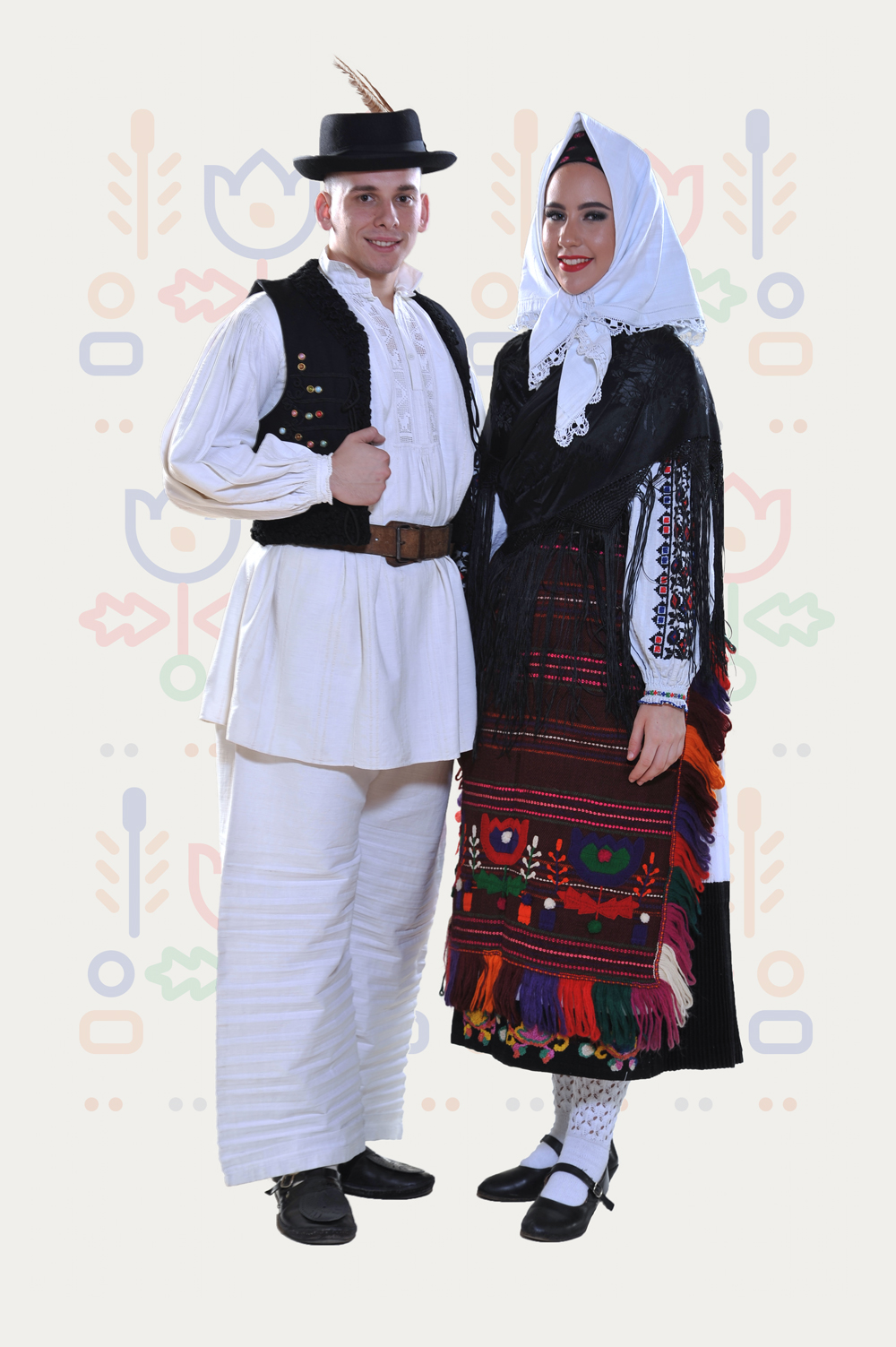 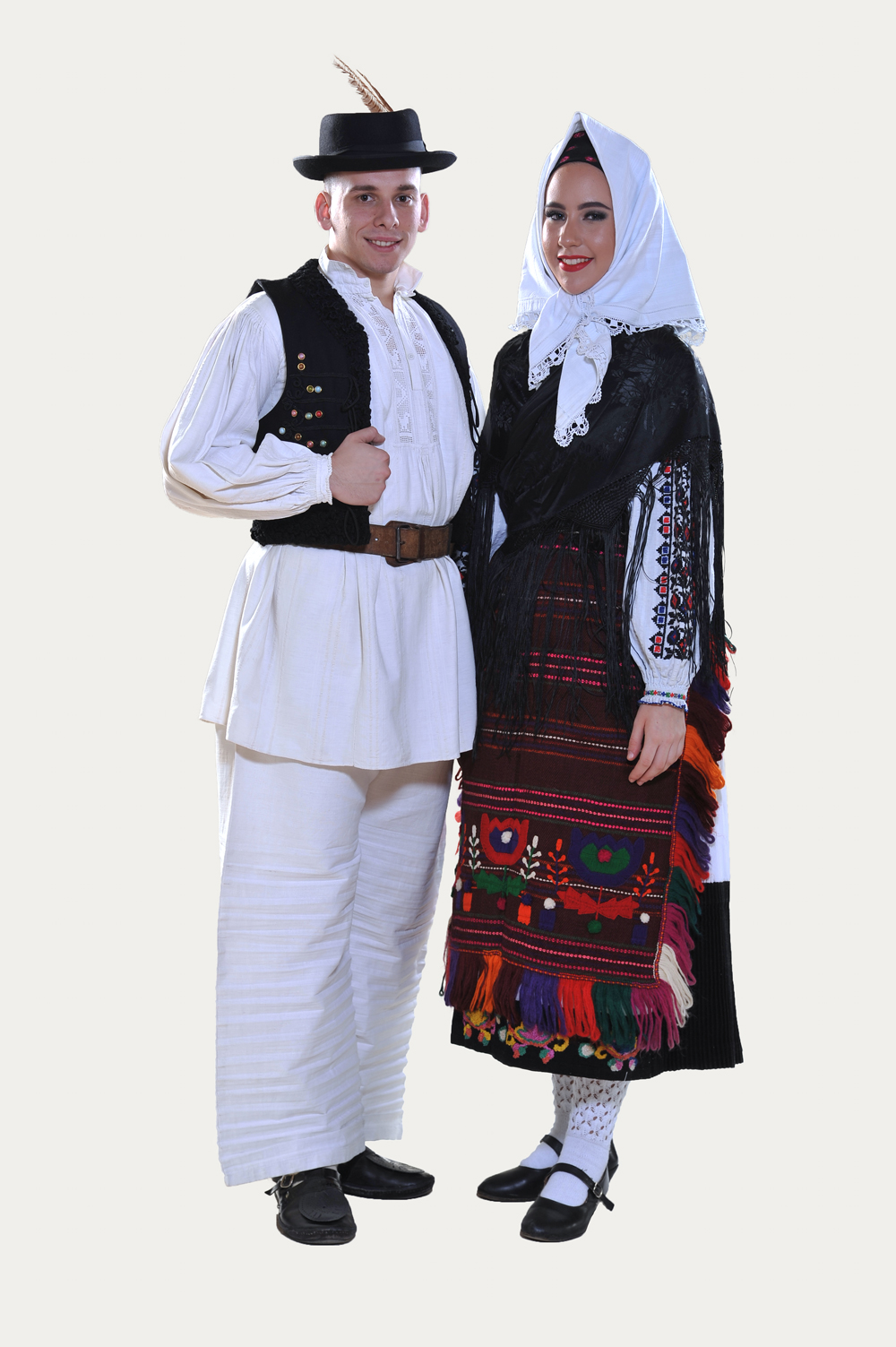 "Skuti" is a special kind of skirt, worn in this area. It was made of domestic woven linen, folded in small creases. Dressy skirts are tailored of 6-7 pieces of linen, all of them pleated but one, which was called "prednjica", over which an apron called "vertun" was worn. Pleats were only half a centimetre wide. In order to fold the pleats better, so that they could last longer, women used sugar water. On the back side of the skirt, around the waist, they would sew "obashva"- a piece of linen which holds all pleats together. On the lower hem of the front flat piece, women used to sew podpolica, whereas on the lower part of the skirt they sewed a so called large pattern. While the linen for podpolica was straight, the woven linen for large pattern was pleated like the rest of the skirt. Large pattern and podpolica were always of the same colour, most often red or black. While the multi-coloured embroidery was a compulsory decoration on large pattern, podpolica did not have to be decorated.