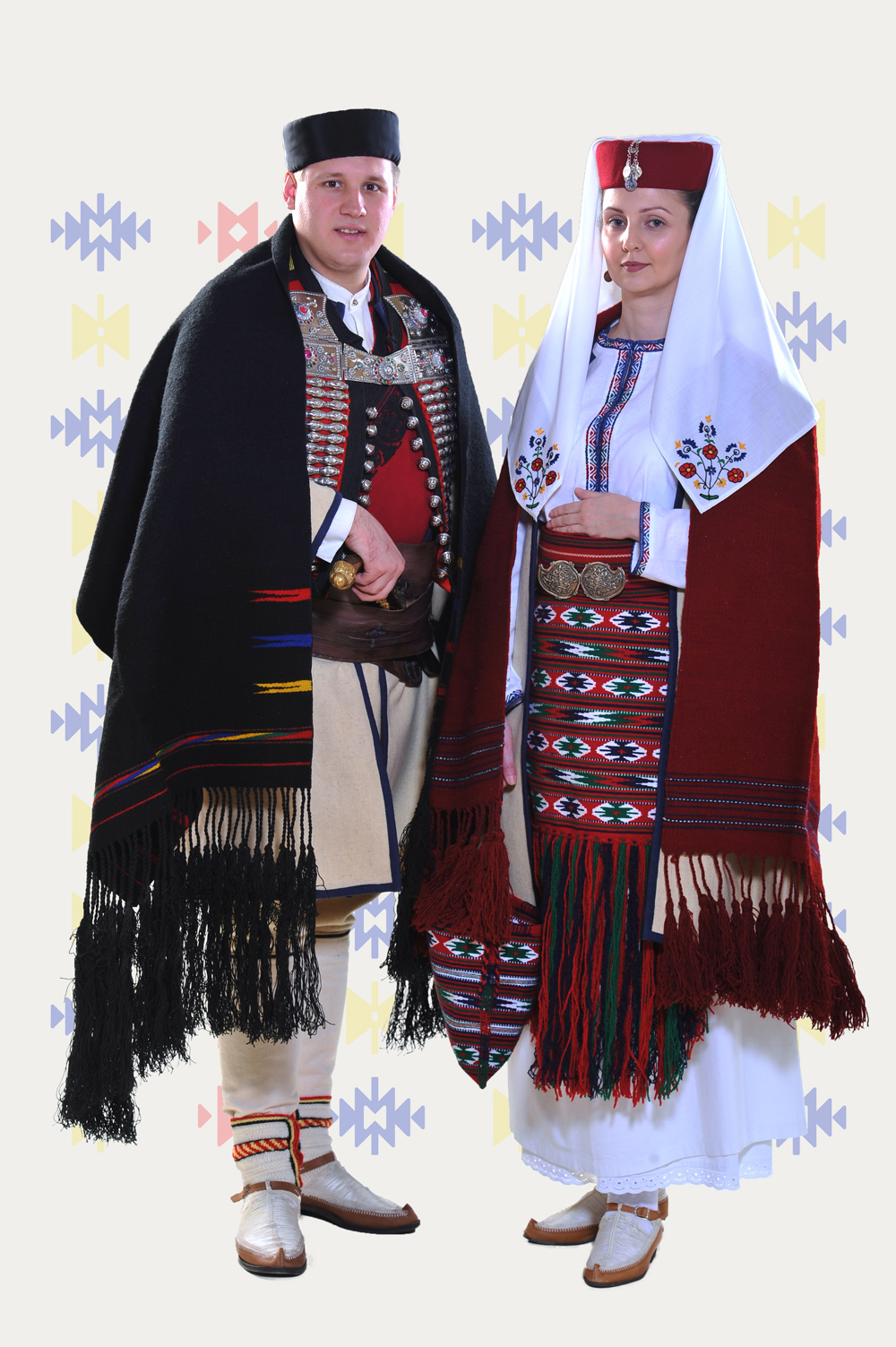 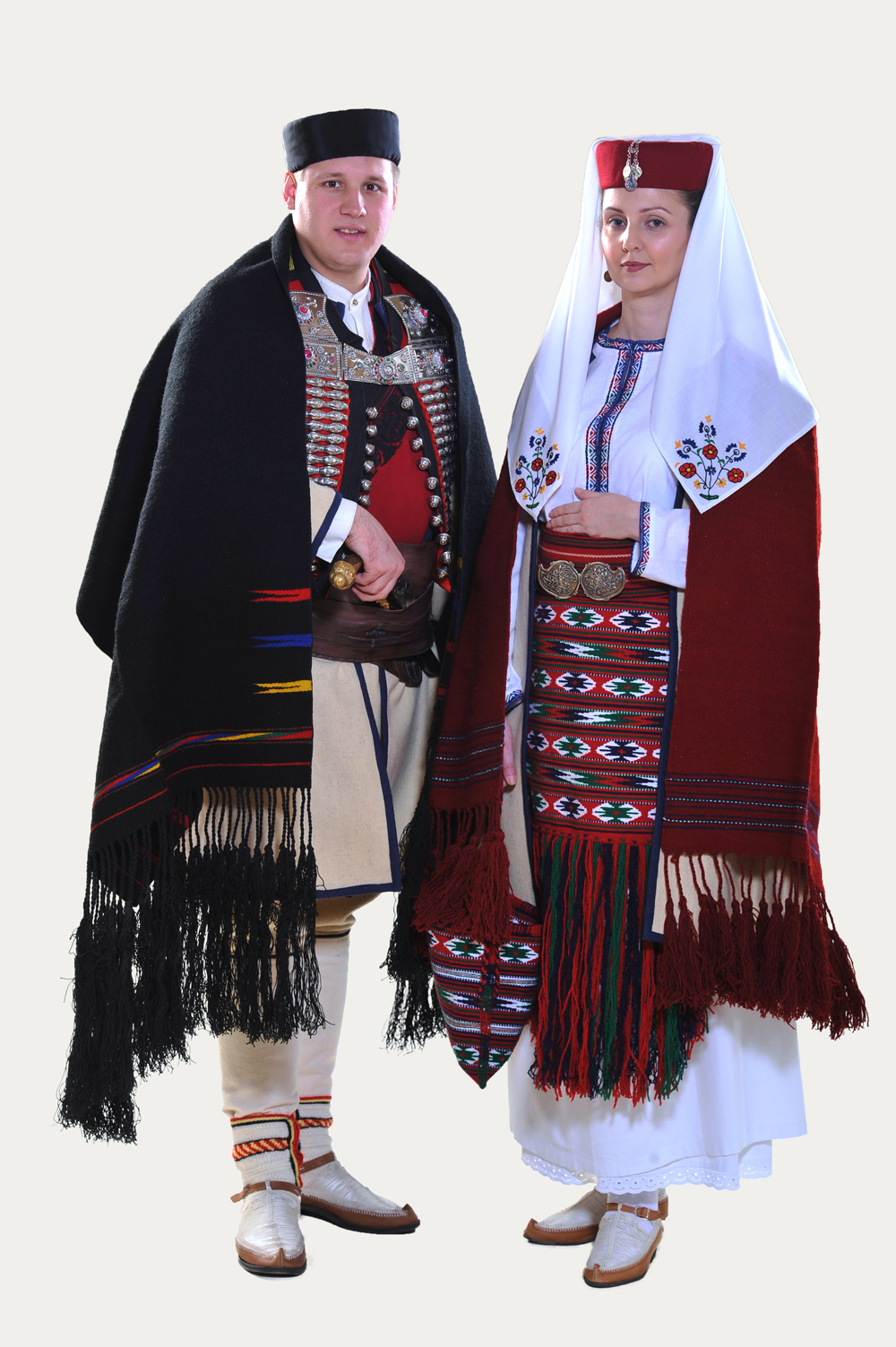 "Struka", as an essential part of folk costumes was primarily connected to Dinaric region, but it also used to appear outside this region, most likely as a consequence of mass migrations. Struka was made with the technique of 2-thread and 4-thread weave, usually of wool or with wool mixed with sackcloth. It is rectangular, 2m long and 80cm wide. This old gown had multiple functions. Besides esthetic function, which was fulfilled by wearing struka over one or both shoulders, through the role of protection from the weather conditions, when it served as a type of cloak or raincoat, there was also one practical function of cover and bed coverlet. As the esthetic function slowly overpowered the practical one, struka itself changed its look and became smaller, with bigger fringes and richer decorations. It was usually decorated with inwoven stripes of red and green colur on narrower sides of it. Also, long inwoven fringes and pompons of multi-coloured wool contributed to decorative effect. Struka worn on special occasions had very long fringes and pompons. However, even the simplest struka had these decorations of the same material the very cloak was made of, and a special care was taken of the colour matching. Therefore, darker cloaks were decorated with the fringes of the same colour, with several added red pompons, whereas white cloaks had black pompons. In Vasojević tribe, as a characteristic decoration of female cloak, there was a pompon fixed in the middle of the longer side, so that while wearing the cloak, the pompon hung along the back.