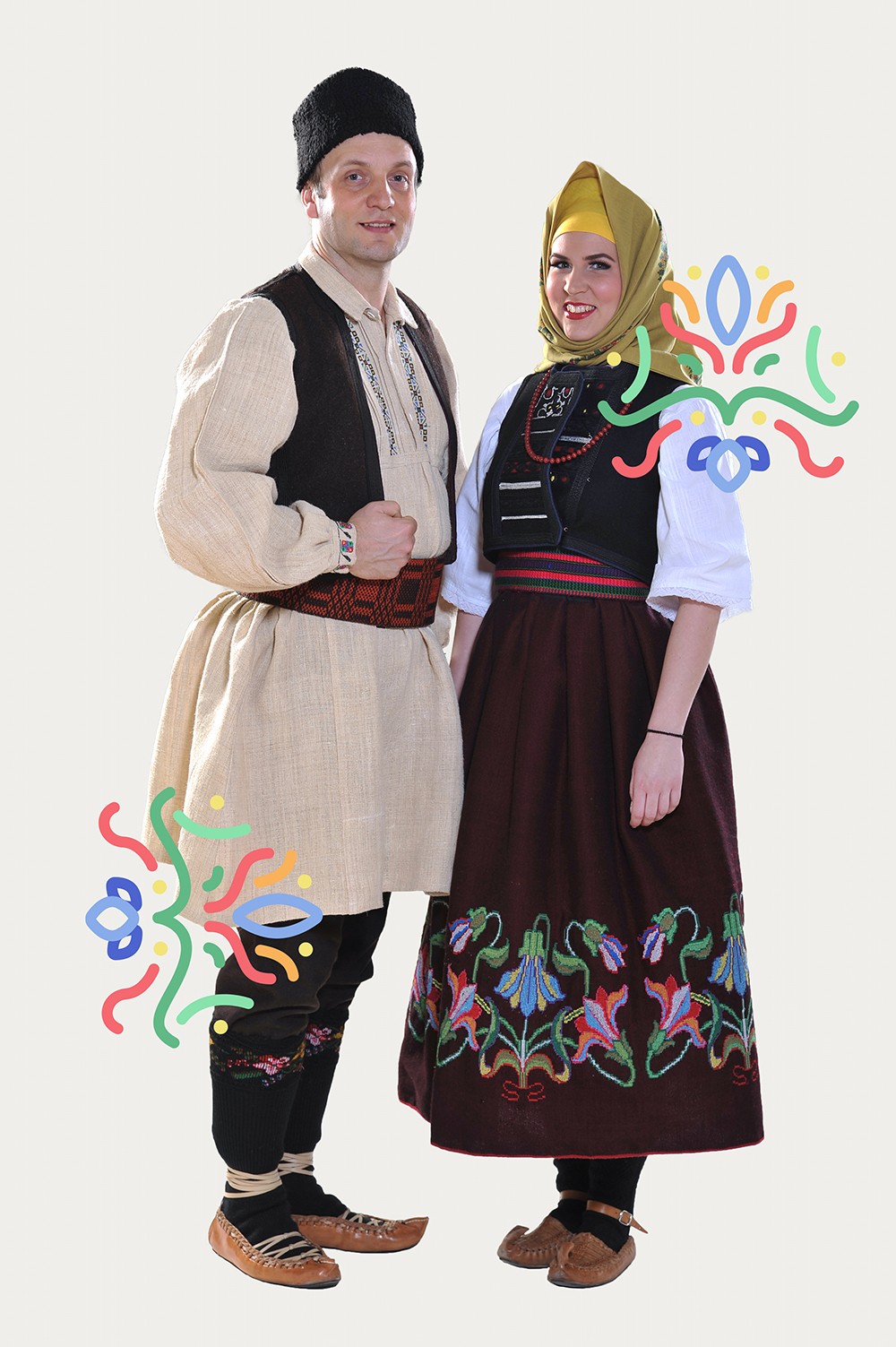 By the middle of the XIX century, long woolen skirt (made similarly to the skirt from Šumadija), became more and more an essential part of women`s clothing in many parts of the country. Being a very useful and practical piece of clothing, especially for the winter and cold days, it was made of semi-woolen and woolen domestic materials and therefore it was kept in use by the majority of the population even after the WW II, with understandable changes in cut, length and general look. Old-fashioned long skirt, dating from the last decades of the XIX and the beginning of the XX century, was made of several rolls of woven material, richly frilled and ankle-long. Frills were tightly fixed on the band by a very narrow, small band. Woolen materials were mostly coloured in black, dark red, dark blue, green and brown and woven in two or four threads. Near the bottom and all over it, 10 to 20cm wide, the skirts were decorated with multi-coloured embroidery. Floral guide was done in a special technique with woolen and cotton thread of many colours. Light coloured skirts were worn by girls, brides and younger women, whereas older women wore darker skirts, without patterns or ornaments.