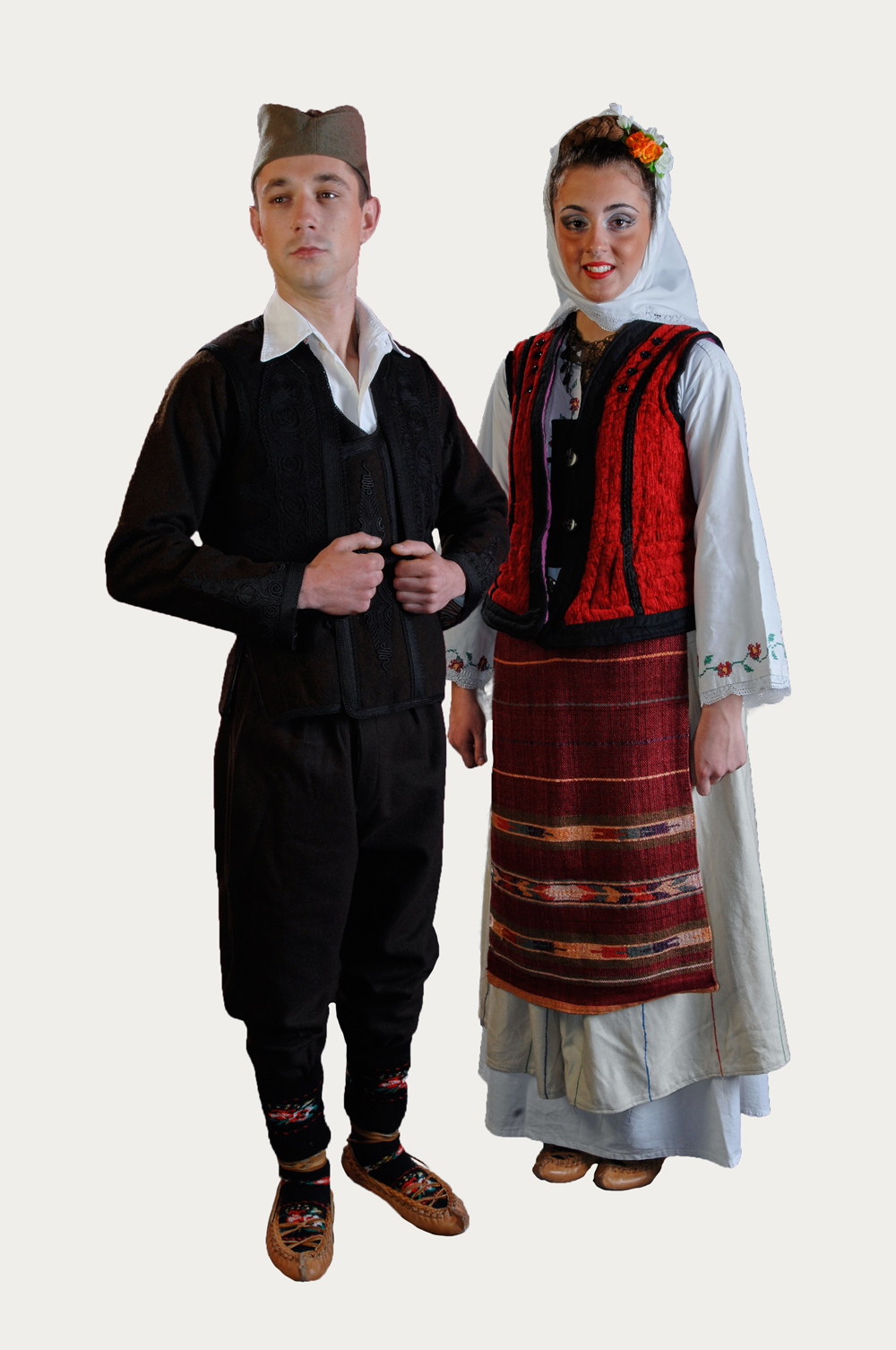 Older female folk costume of this region stood out by combing hair in "trvelja", as a specific type of headgear. In many districts of this region where trvelja was worn, after the wedding ceremony, some of the experienced women in the family would comb the bride`s hair in trvelja style, which was a very clear sign of change in her social status. Her hair was split on the centre of the head and combed in two braids, folded over the ears and tied at the back of the head. If the hair was not thick or strong enough, someone else`s hair was added or additions made of tow, old cloths, wool and in earlier times even corn sedge and linden tree bark. Bridal trvelja was decorated with flowers, silver coins, beads, tinsels and decorative pins. These additions also had apotropeic role and they served as a protection from the evil eyes. This complicated way of making trvelja from natural hair and cloths, tow and other mentioned additions made women wash and comb their hair very rarely.They used to put pig fat on it to be black and shiny. All this caused mass advent of lice and different skin diseases, so trvelja was banned by law at the end of the XIX century.