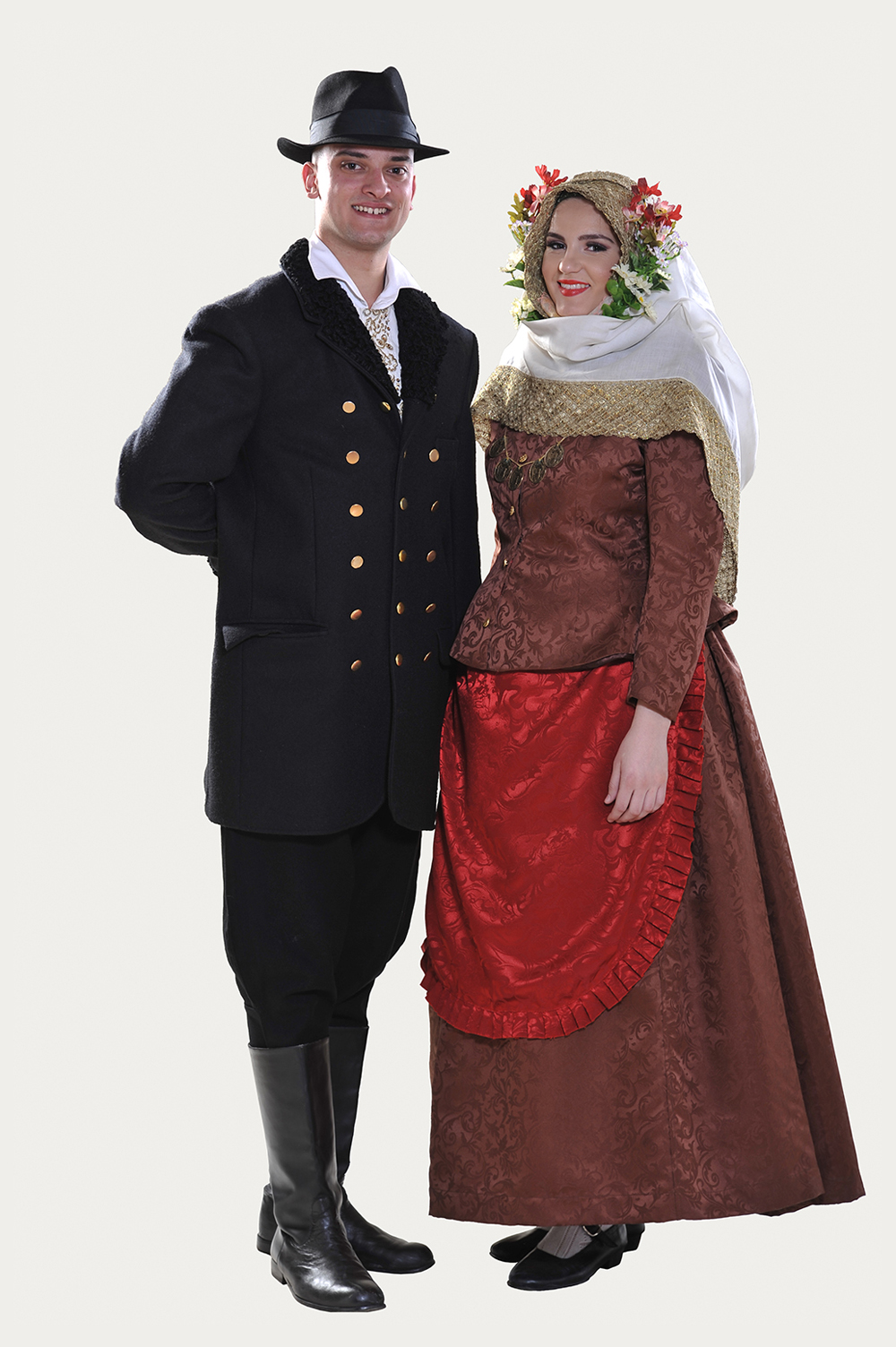 "Ubrađaj“ is a special type of headgear worn by Serbian women from Sombor and nearby granges. It consists of three parts: wide golden lace, a big white rectangular scarf and artificial flowers. Their faces were framed in such a way that their hair could not be visible and the scarf was made of a very thin white rectangular linen, along whose borders, one shorter and one longer, wide gold lace was sewn. On the narrower side of the rectangular, apart form the lace, there was a golden relief embroidery with floral motives. Flowers were mostly artificial, made of velvet or silk, roses, wheat and ponceau, put on both sides of the face, near the ears. It was worn only by young women, usually as a gift from their mother-in-law. They usually wore it during the first week after the wedding when they went to church with their mother-in-law. After that, they used to wear it only on Sundays and religious holidays and they also wore it until they had their first child or the first 3 or 4 years of marriage. In some areas, although very rarely, older women wore it until they passed it on to their daughter-in-law, usually on wedding day, the mother-in-law would wear it and after the ceremony they would give it to their daughter-in-law.