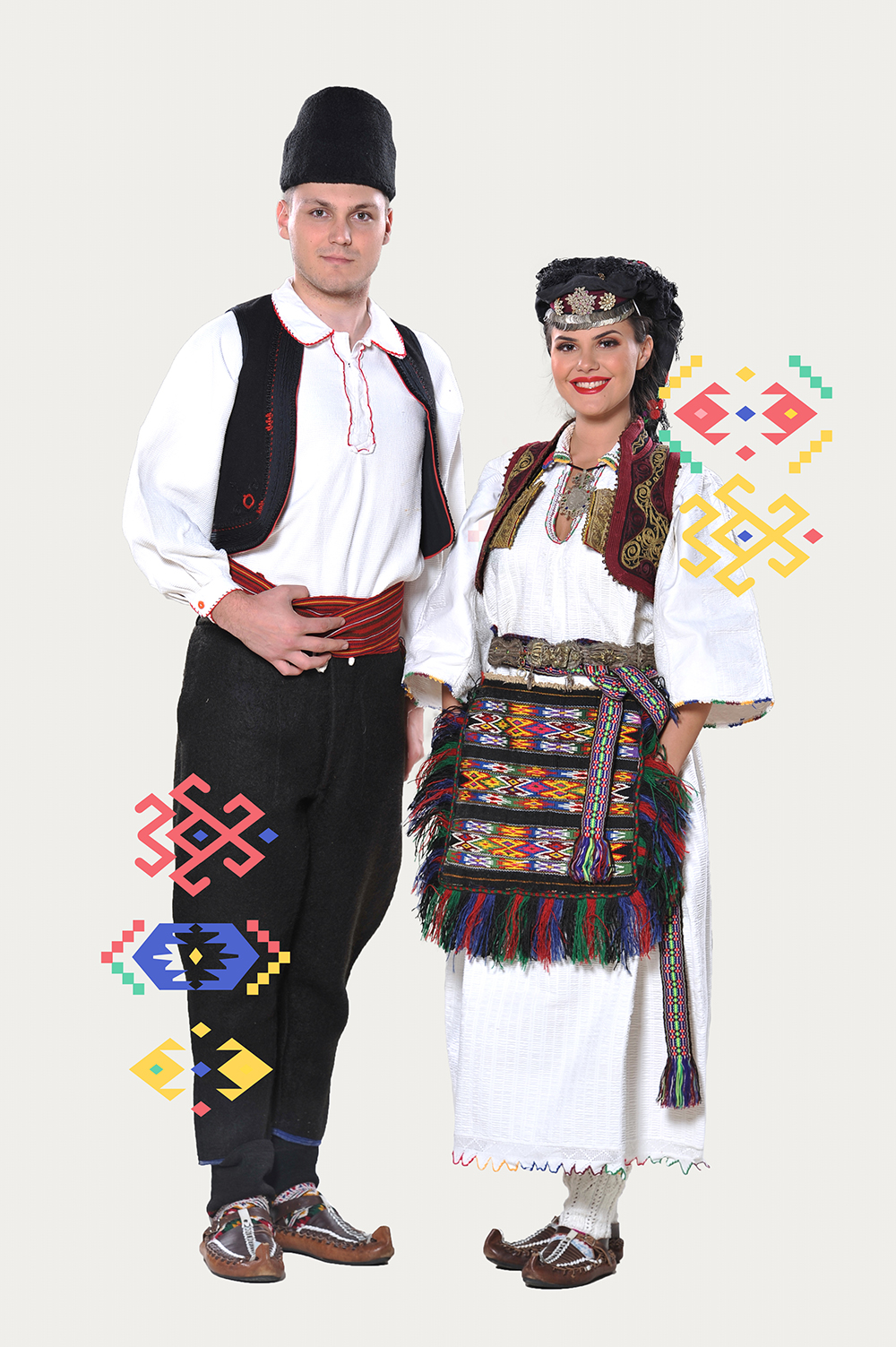 Serbian women in many regions of Bosnia and Herzegovina, near the end of the XIX century, started wearing "kalkan" caps under the Muslim influence. It is a deep fez made of red cloth with black silk fringes sewn on its hems. Fringes are on the forehead and on the side near the ears somewhat shorter than the ones at the back of the head, which could be even 30 cm long. Kalkan was decorated with sterling silver bands, tinsels, silk thread and sets of metal coins on the vertex. When a girl appeared wearing this cap at the gathering or any other folk meeting, this meant that she was ready to get married and that she expected suitors.