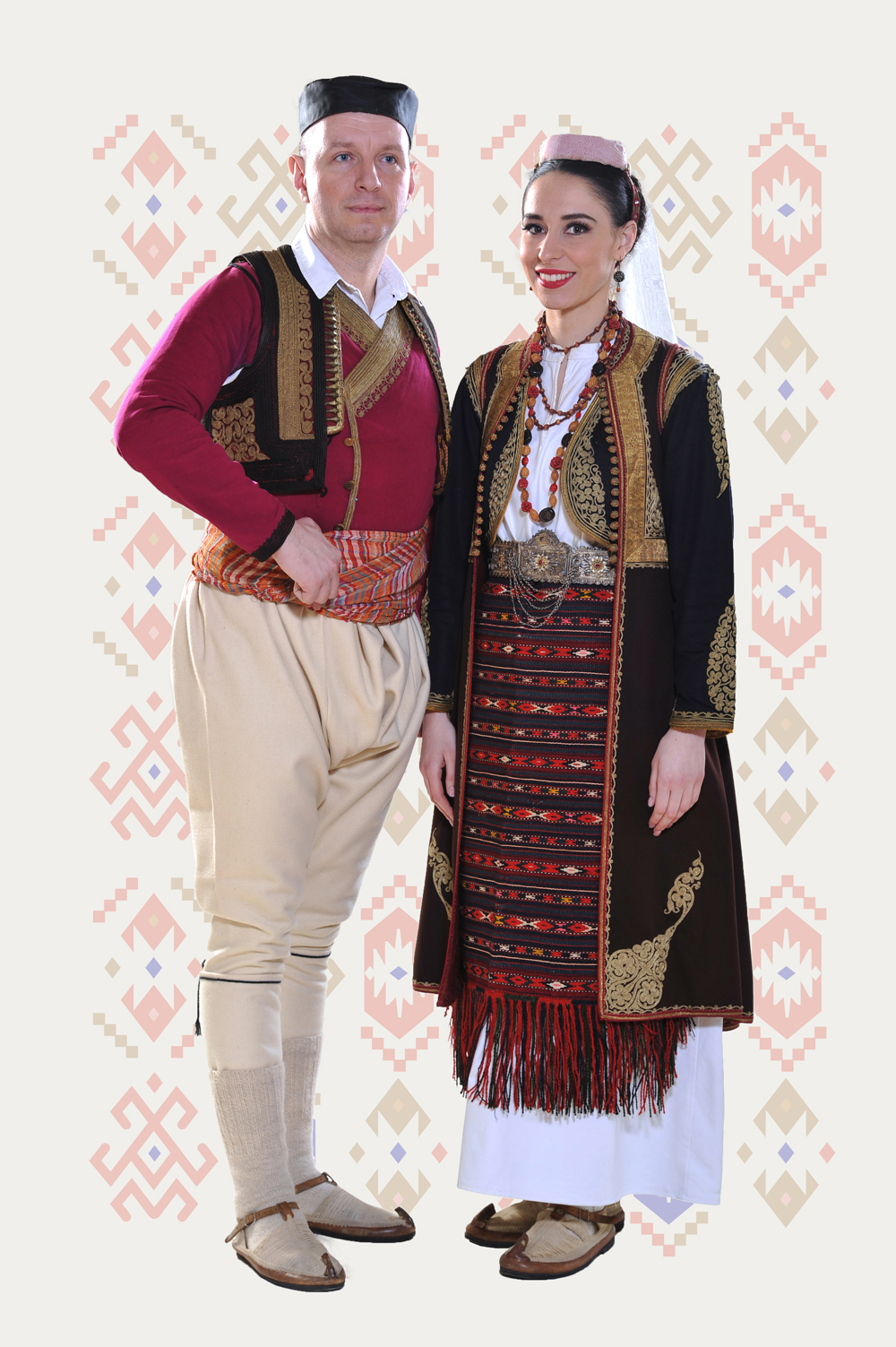 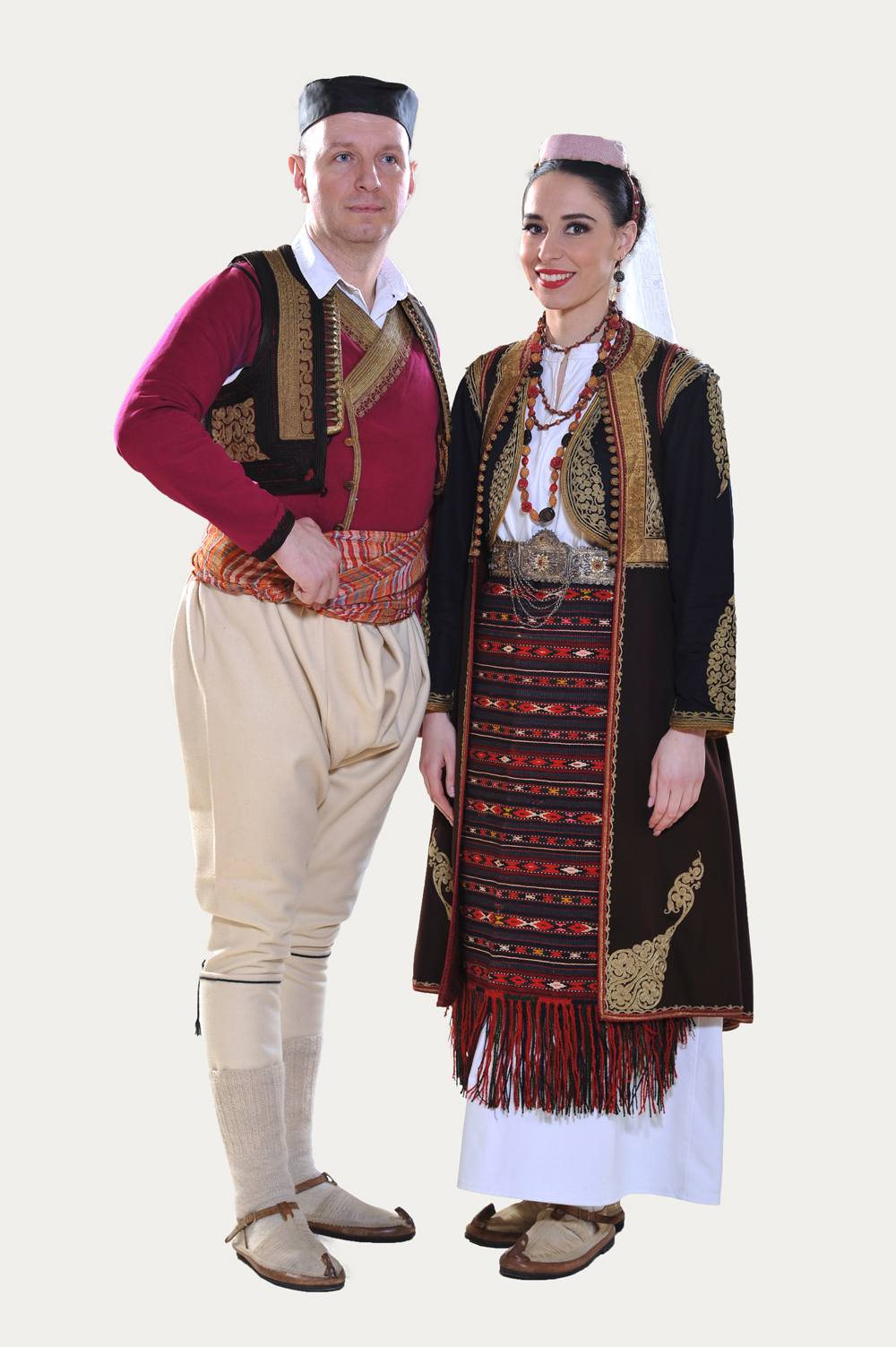 After the uprising in Hercegovina in 1875. and under the influence of Montenegrian folk costume that prevailed over east Hercegovina, a type of cap called "zavrata" became a basic type of both male and female headgear. It is a round cap, 14-16cm in diameter and an upright brim, 4-6cm high. The top of the cap is usually made of red cloth, while the brim is hemmed with black silk linen. Young boys and younger men wore velvet caps on holidays, which had an old Serbian coat of arms, a sword, gusle or four letters "S" embroidered on its top. Some older people wore a folded woolen scarf over this cap. A new type of bridal headgear called burunjuk appeared and was worn over this cap. It is a purchased thin scarf made of tull, decorated with inwoven floral motives and worn over the cap fixed with two brass or gilded pins. Girls used to wear it folded over the cap and brides used to cover their faces with it. One other decoration of this headgear is also a band, richly decorated with sterling silver embroidery which fixed the cap at the back of the head, behind the bun.