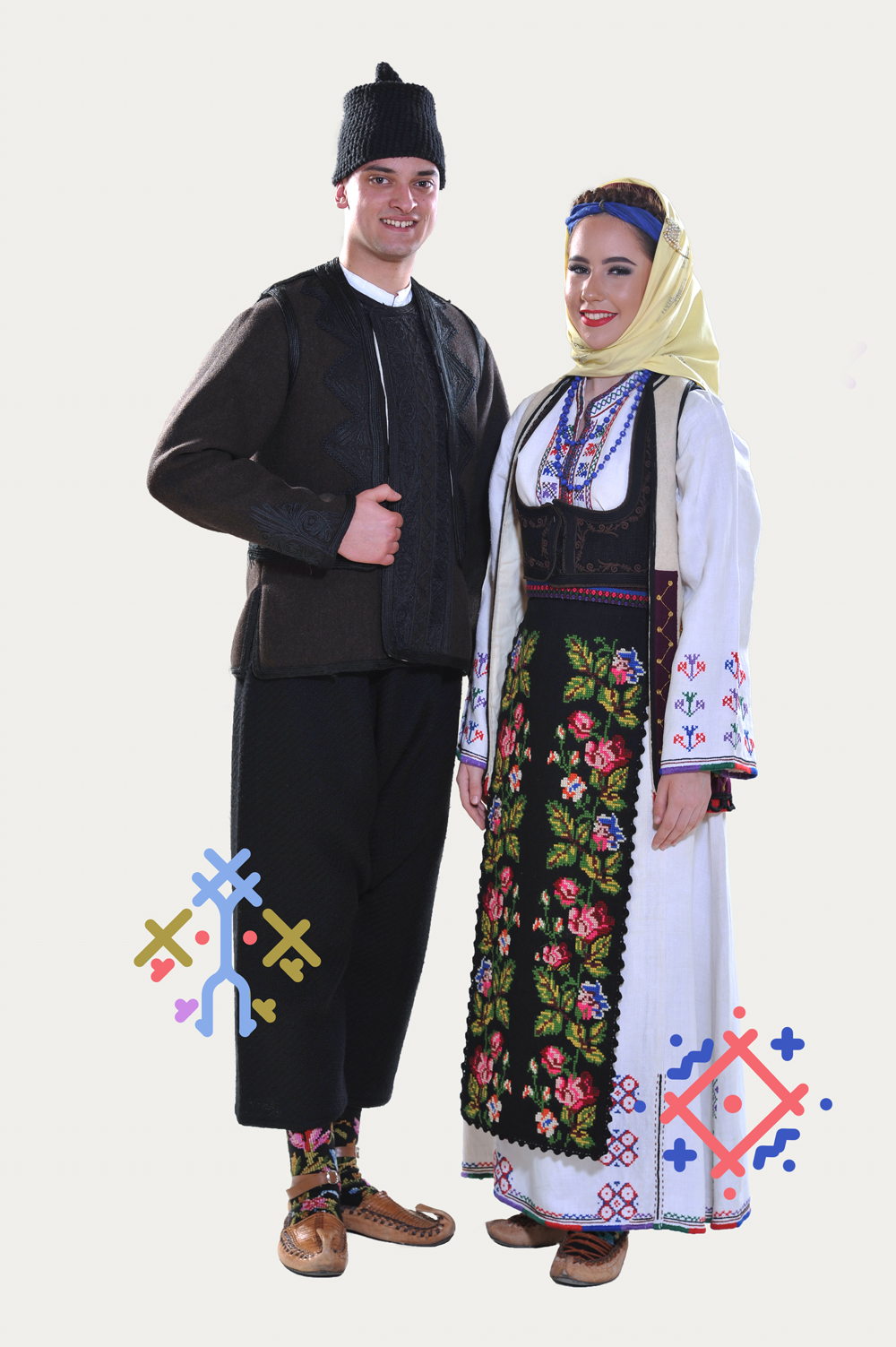 In the area of Užice men used to wear "pelengirs"- a type of trousers very similar to linen underwear worn in this area. They are made of flat, three-quarters long trousers` legs with the back part and a waistband in whose hem was a scraped hemp ribbon. Women tailored and sewed them with hand-made white or dark woolen fabric, woven in four or two threads. Beside common fringes at the end of trousers legs, "pelengirs" for special occasions, as well as young men`s pelengirs, used to be ornamented with woolen embroidery, done in a special technique. When this type of trousers are worn, a long shirt is not worn over them but it is tucked in and the trousers are girdled with a woolen woven band. In this area, men used to wear gaiters under the trousers in such a way that the borders of trousers with fringes were over the gaiters (whereas in some neighbouring areas the gaiters reached the lower border of the trousers).