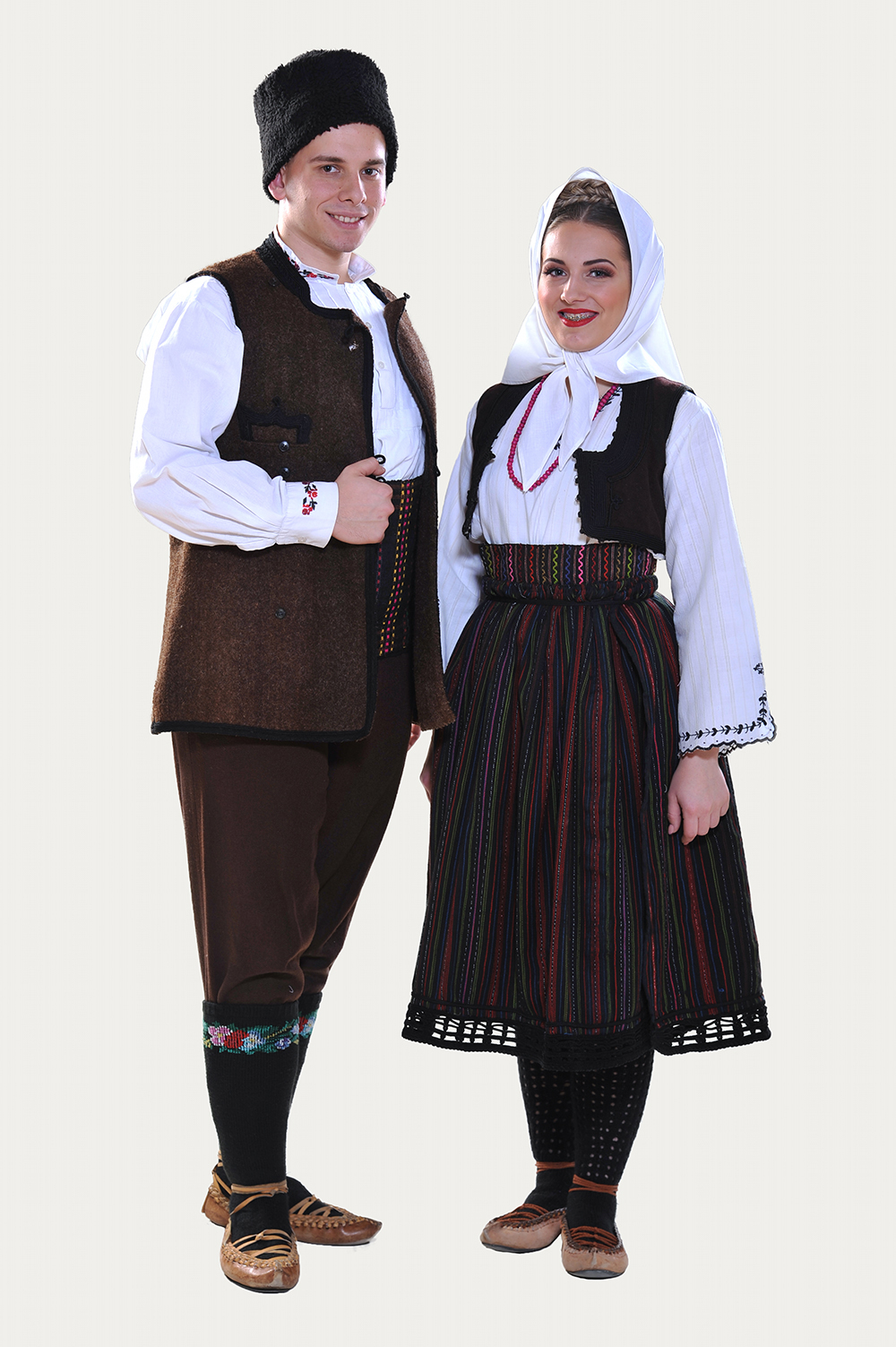 WOOL DYEING
Black colour "vranilo" or "mrčilo", was attained when the ash tree leaf was boiled and the wool was soaked in it. Items made of wool were put in the dye at least three times, each time lasted for 24 hours.
Red colour was acquired from rubia tinctorum, i.e. from its leaf, picked up in the spring and dried over the summer. This plant was also very often purchased. Firstly, this herb is well beaten in the mortar, then its powder is sieved and stirred in the water. Before that, the wool was put in alum and left there for 7 days. When the wool is taken out from the alum, it is soaked in rubia tinctorum in an earthen bowl. If the desired colour is not reached, the procedure is repeated.
Blue colour was attained from chivit, purchased in the town. Firstly, the water in which the unwashed wool was washed for the first time was taken, it had a foam and certain acids in it, then chivit was put in it and then the wool was soaked in it.
Yellow colour was attained from the plant called "baluchka" (colchicum auctumnaia) or from the nut tree leaf. If the wool was dyed with baluchka, it had to be young. Worsted could be dyed in yellow in the water of wild apple peels.
Light green colour was attained by putting the wool in the alum first, after that, it was cooked in young birch leaves and then left in it for one day, while dark green colour was made by soaking lighter wool in the water in which wild apple peels were previously boiled.