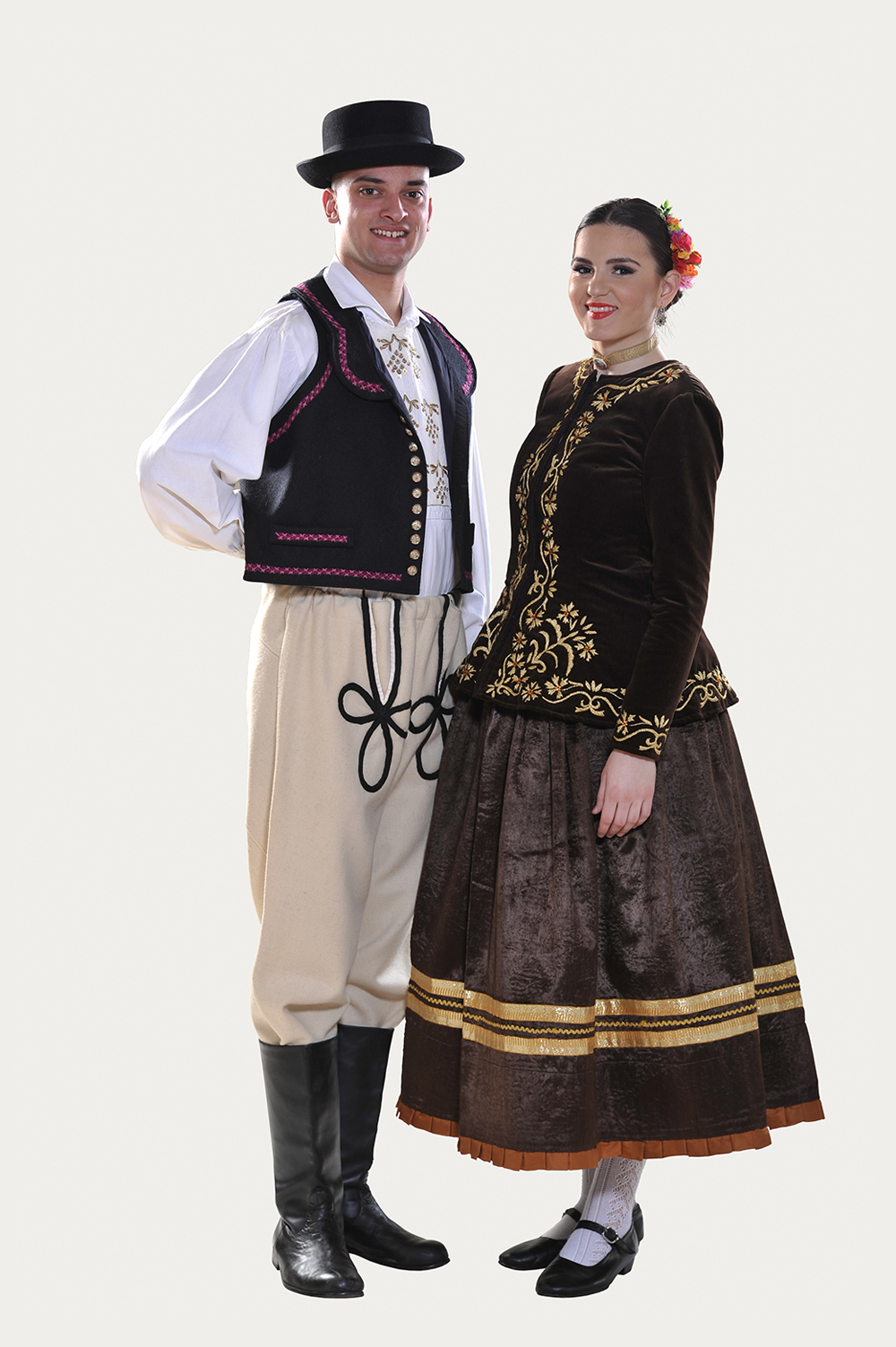 A type of hat called "guberaš" used to be worn in the summer, but also in the winter on warmer days. It went out of use during the WWI. It used to be black, of crude making, it was a little thicker than ordinary hats because it was worn every day to work. The head of the hat was low, while the brim was broad. Instead of the bow, the hat was most usually wrapped in black ribbon made of wooly thread, tied in a bow at its end. This type of ribbon was knitted by hatters. "The standing hat", the holiday hat, was made of shiny, black felt, with a black bow, narrow brim and higher head.