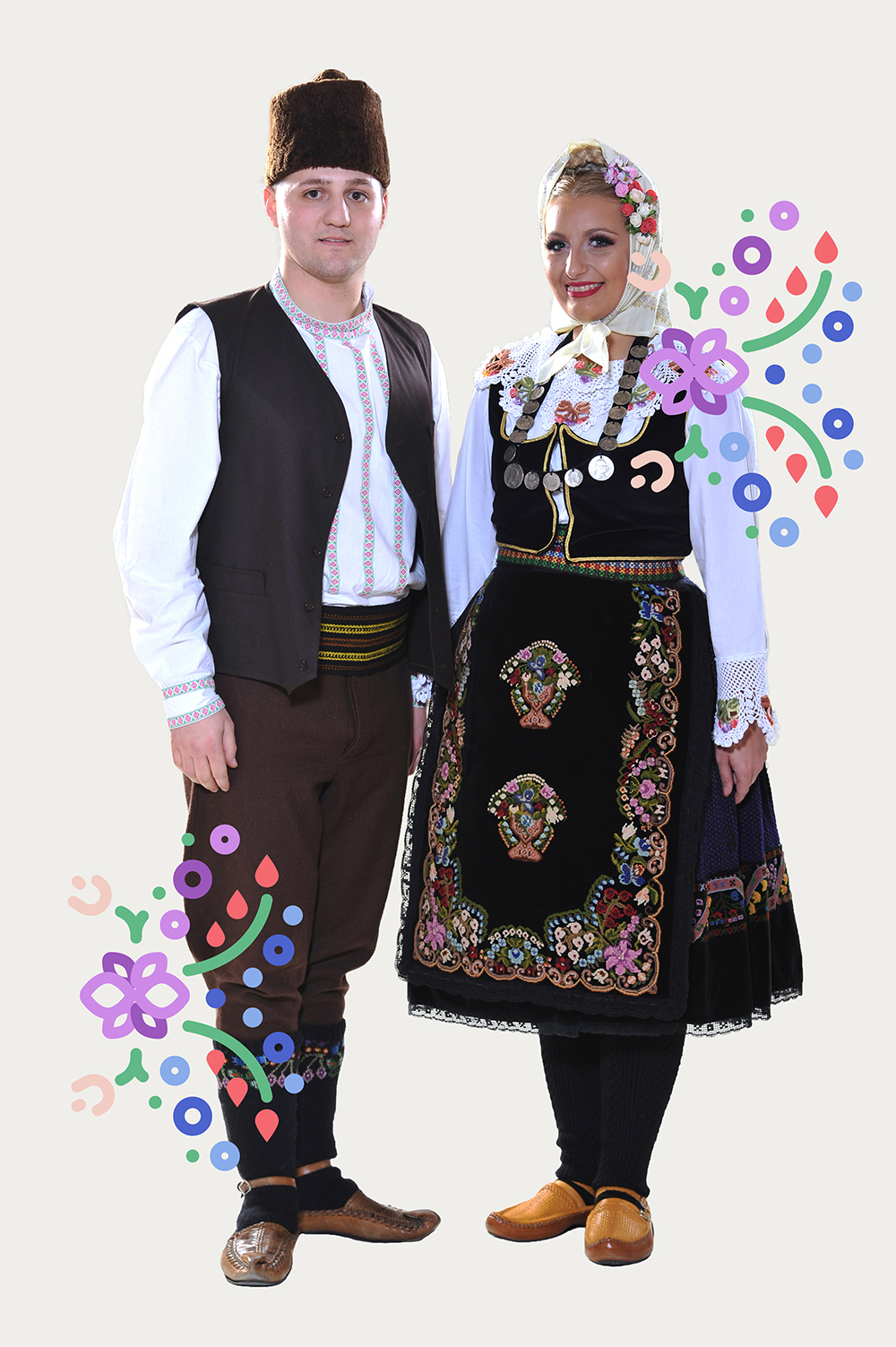 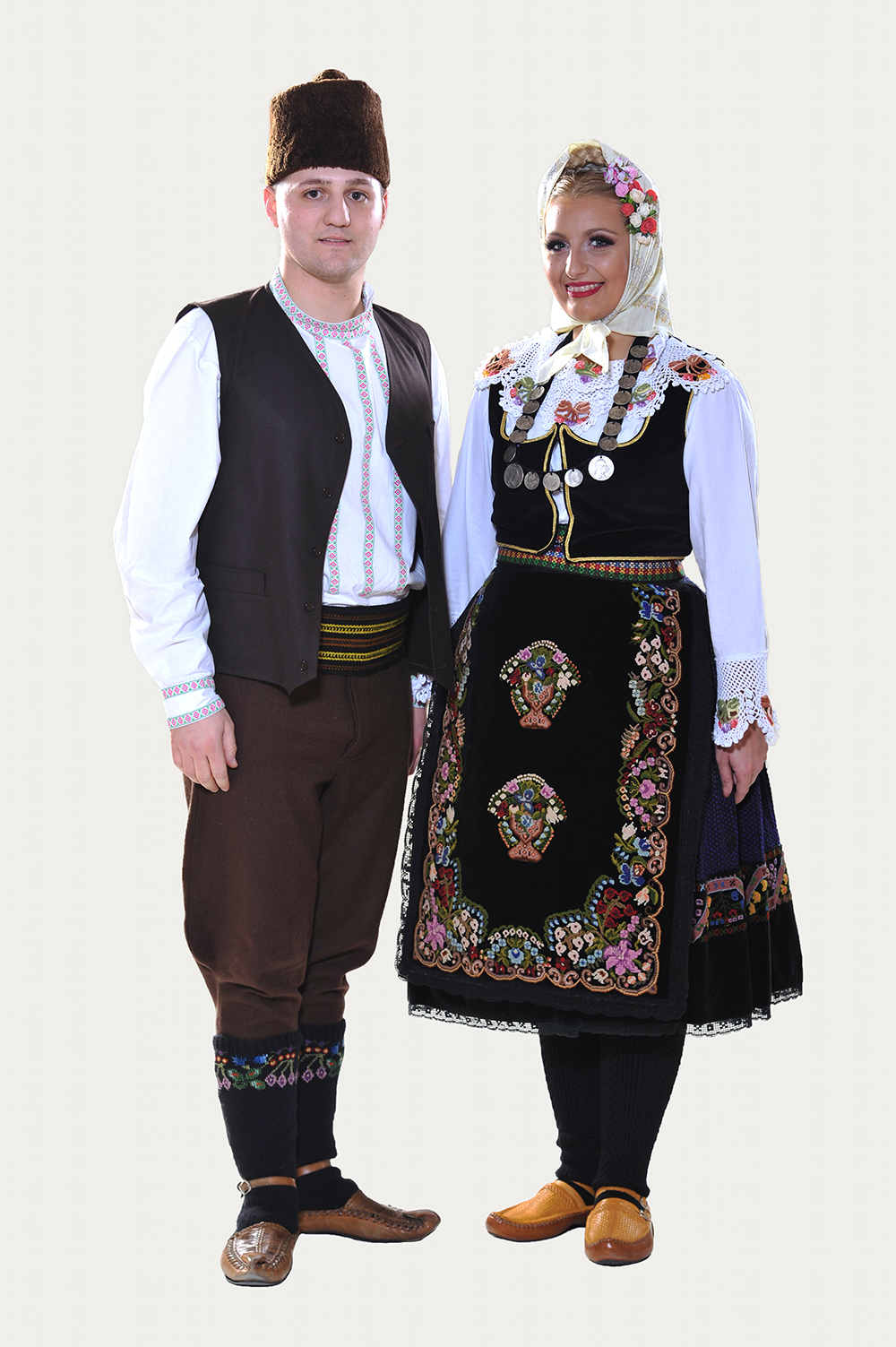 Furry hat is one of the oldest hats in general, widely present in our regions. Village people made it mostly of sheep or lamb black or white fleece or they were knitted from black domestic wool. They had many shapes, conical and tall (Eastern Serbia, Vojvodina and Dalmatia), round ones with long fleece threads, worn in the mountinous areas of Eastern Serbia, or shallow ones with flat bottoms, worn in Pirot and the district of Sredačka. In Šumadija, these hats were smaller and most often had retracted tops. In Dinaric region, old people used to wrap long woven scarves around their heads and fur hats, which covered their forehead and ears, due to fierce winter frosts.