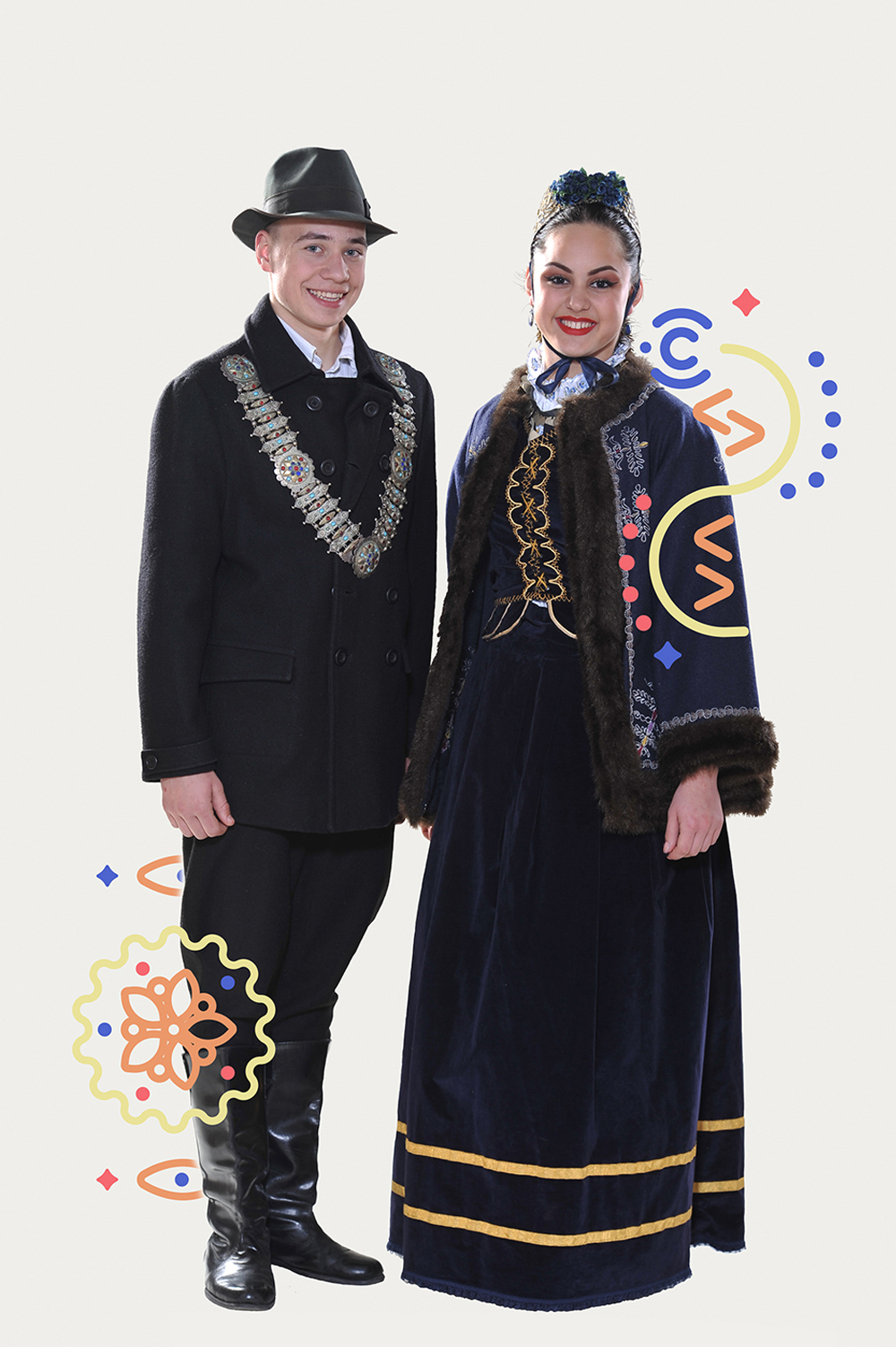 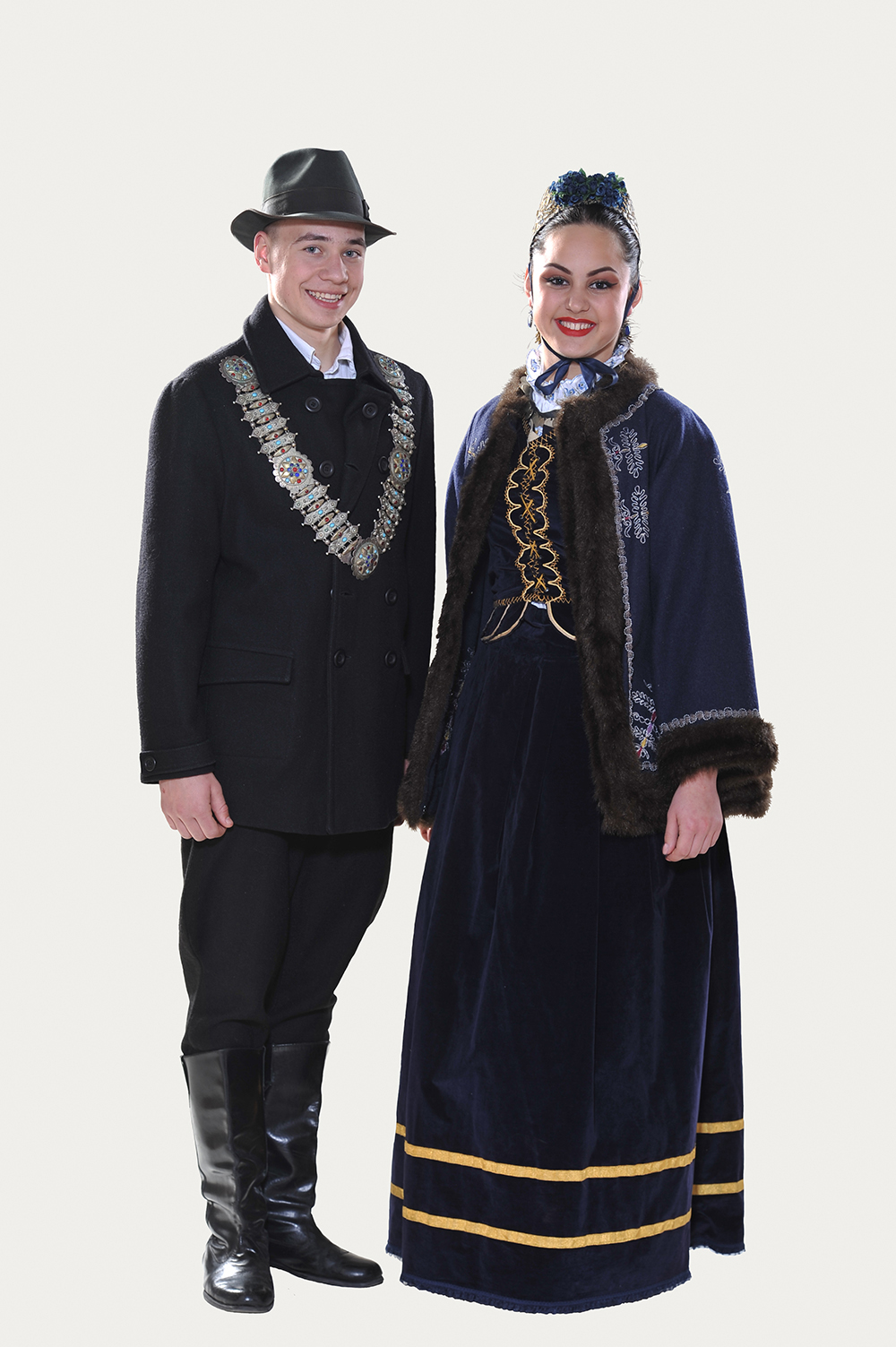 Zlatara is a type of hat which was worn on some religious holidays. Right after the wedding, women would put on a golden cap she would wear until they had their first child or until a new bride entered the house. It was very expensive, embroidered with golden or silver string, which could only rich women have. These caps were also worn by young women, after their wedding or when they danced in "kolo" (Serbian national dance), so that they could differ from girls. They were made of velveteen satin, satin or brocade, mainly light, white, yellow, pink, blue, dark red or brown colour. Golden embroidery was enriched with pieces of glass in different colours, fake pearls, tinsels, beads and golden spiral fringes in such a quantity that the material the cap was made of was almost invisible. A small bouquet of artificial flowers was also a mandatory decoration on the front part of the cap, made of silk, plush, wax, papir and string. There are some common meanings of most often used ornaments on female caps embroidered with gold: a rose- a girl, oak leaf- strength, a carnation- requited love, a cross- prosperity after hardship, eyes and a wreath- happiness, an acorn- health, a star- joy, a lily- bravery, an eye- luck and a plume- honour.